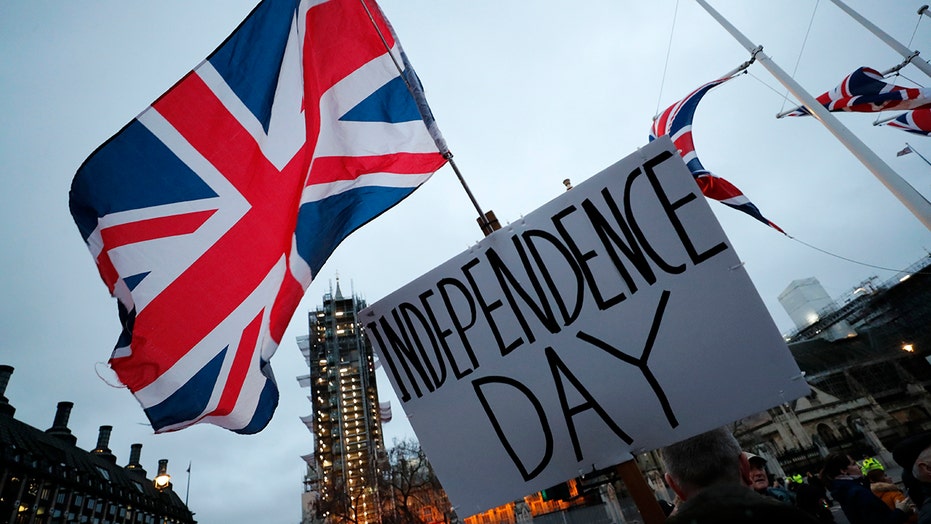 A 101-year-old Italian man applying to stay in the United Kingdom following Brexit was asked by immigration authorities to have his parents confirm his identity after a computer system mistook him for a toddler, reports say.

Giovanni Palmiero, who has been living in the United Kingdom since the 1960s, ran into the error while a volunteer was uploading documents into the Home Office’s settled status app, according to The Guardian. Instead of the app correctly identifying the birth year on his passport as 1919, it registered as 2019 – and then asked him to put in the address details of his parents so officials could get additional verification.

“I was surprised. I phoned the Home Office and it took two calls and a half an hour for them to understand it was the app’s fault, not mine,” Dimitri Scarlato, the volunteer, told the newspaper.

The Home Office has since apologized for the mix-up.

Brexit supporters gather during a rally in London on Jan. 31. (AP)

“It’s like a humiliation, you’ve been here so long and then all of a sudden this happens,” Assuntino Palmiero, his son, told The Guardian. “It is more of a hassle than anything else. He is not going to be chucked out, but people of his age should not have to go through this process. They should just get it automatically.”

Palmiero moved to the U.K. in 1966 and worked at a fish and chips restaurant in London until he was 94. The Guardian says he’s been married to his wife Lucia for 75 years and the couple has had four children.