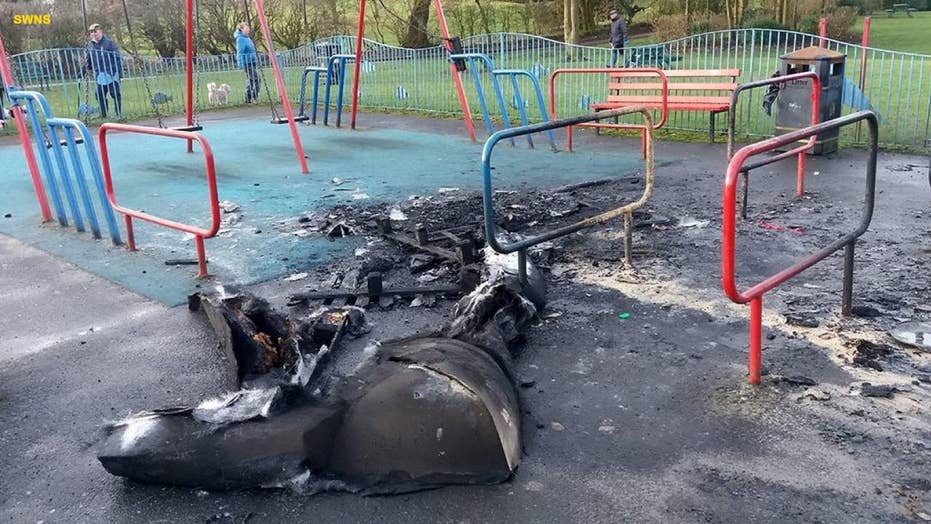 Authorities in the UK are warning residents about a dangerous new teen trend: inhaling fumes from burning trash cans. Fumes from the plastics can reportedly create a high when inhaled, but the fumes are highly toxic and much more dangerous than other solvents that people inhale to get a high like glue or gas.

Police in the United Kingdom are warning about a dangerous new trend of teens lighting plastic garbage cans on fire and inhaling their fumes.

Authorities were prompted to speak out about the bizarre new craze after several "extremely dangerous" incidents were reported in the Greater Manchester area, the Mirror reports.

Dyes used to make the trash cans - more commonly known as wheelie bins in the U.K. - emit a fume when lit on fire that can produce a high when inhaled, much like other solvents such as glue or gas. Fumes from the plastic bins, however, are "highly toxic" and reportedly more dangerous than other solvents.

The incidents in Manchester were concentrated in one specific area, Longsight Park, according to police.

"Longsight Park has been subject to massive damage recently as a result of wheelie bins being set on fire in the middle of the children's play area," a Greater Manchester Police spokesperson said. "This type of damage has a widespread effect on communities and renders public spaces unusable."

Photos from Longsight Park show the charred aftermath of the burned trash cans in the children's area near a swingset.

Police have reportedly advised residents of the area not to leave their private trash cans outside and keep them out of the public view.