It is day 20 of the partial government shutdown, and arguably the most visible symptom of the real-world fallout is being seen -- and smelled -- in the country’s national parks and monuments.

From trash overflowing in cans at the Washington Monument to human feces strewn about campgrounds in Yosemite National Park, the shutdown has left the National Park Service with a skeleton crew trying to maintain a system that sees over 330 million visitors per year.

Along with the trash, human waste and illegal activities ranging from off-roading to poaching, there have been at least seven recorded deaths in the country’s national parks since the shutdown began.

With the lack of federal funding and workers, however, state governments and volunteer groups have chipped in to try to maintain the upkeep in the parks.

Grand Canyon National Park is open with help from the state of Arizona, which was paying about $64,000 a week to cover restroom cleaning, trash removal and snow plowing. Anyone with permits to hike in the backcountry or raft on the Colorado River can still go, but the park isn't issuing new permits, spokeswoman Emily Davis said.

Utah chipped in about $7,500 a day from Dec. 22 to 31 to keep Zion, Bryce Canyon and Arches national parks running. Since then, the nonprofit Zion Forever Project has committed $16,000 to keep a skeleton crew on hand and the bathrooms and visitor center open at Zion, which was drawing several thousand people a day, executive director Lyman Hafen said.

Friends of Hawaii Volcanoes National Park raised $114,000 to keep the park for open for nine days with limited service, executive director Elizabeth Fien said. The money was used to pay law enforcement staff and rangers, including one who monitors endangered nene, or Hawaiian goose.

The Death Valley Natural History Association said it would pay to keep the visitor center at Death Valley National Park open until at least Thursday. Winter is a busy time at the park straddling the California-Nevada line, drawing visitors to its salt flats, dunes and canyons when the usual scorching temperatures are at bay. 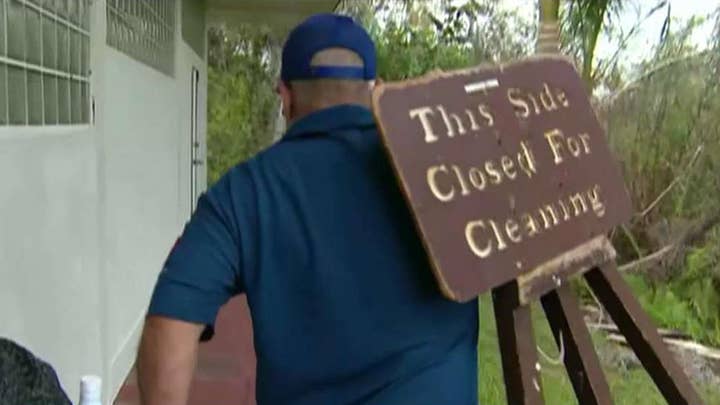 A support group for Sleeping Bear Dunes National Lakeshore in northern Michigan was cleaning toilets and grooming a popular trail for cross-country skiing and snowshoeing. But snow-covered parking lots weren't plowed, and the visitors center near Lake Michigan was closed, leaving the volunteer group to consider putting up an information tent.

"A lot of people who go to the park are looking for advice about where to go — what areas are good for snowshoeing and which might be dangerous, and there's no one here to tell them," said Kerry Kelly, the group's chairman. "It's extremely frustrating."

Another nonprofit was paying a private company to clean portable toilets near two popular trailheads at Shenandoah National Park, which includes a 101-mile section of the Appalachian Trail.

People living near Yosemite have organized work crews, while businesses in neighboring towns are offering incentives for visitors to remove their rubbish.

People visiting Yosemite last weekend received garbage bags and tips on how best to use the park during the shutdown, courtesy of the Tuolumne County Visitors' Bureau. One recommendation: "Go before you go," a reference to the limited number of open bathrooms, executive director Lisa Mayo said. 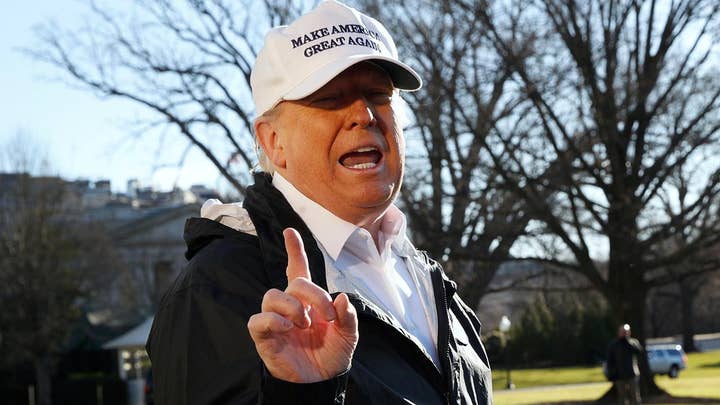 But such makeshift arrangements haven't prevented some parks from closing and others from being inundated with trash. Support groups say donations of money and time could run short if the budget impasse between President Trump and congressional Democrats lasts much longer.

Visitors to California’s Joshua Tree National Park will no longer be able to enter the park beginning Jan. 10 in order for staff to address sanitation, safety and resource protection issues plaguing the park since the shutdown.

DR. MARC SIEGEL: I VISITED A NATIONAL PARK DURING THE GOVERNMENT SHUTDOWN. HERE'S WHAT HAPPENED

“While the vast majority of those who visit Joshua Tree National Park do so in a responsible manner, there have been incidents of new roads being created by motorists and the destruction of Joshua trees in recent days that have precipitated the closure,” the park announced in a news release.

The park notes that law enforcement officials will still be on site patrolling the park and enforcing the closure while the rest of the staff works on cleanup and protection. 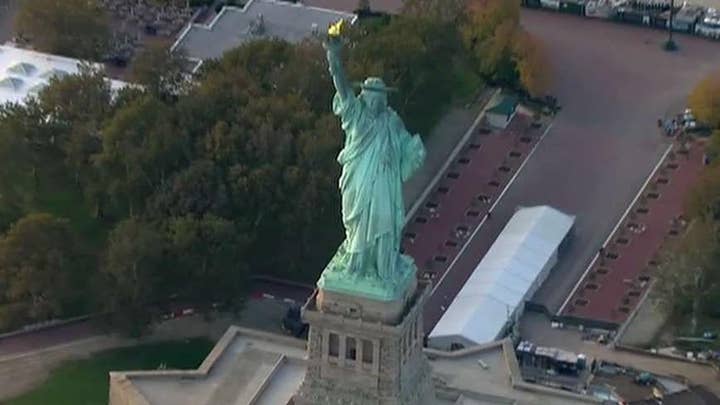 Conservation groups have urged the Trump administration to immediately resolve the shutdown or close all federal parks before any more lasting damage is done.

"We urge the Administration to end this shutdown expeditiously and properly fund the government to protect our shared natural heritage,” a coalition of conservation groups, including the National Wildlife Federation and the Coalition to Protect America's National Park, said in a letter to Trump. “If not, we urge the closure of national wildlife refuges, parks and other public lands until funding is restored to prevent lasting damage. The health of our public lands and wildlife habitat, held in trust for current and future generations of Americans, demands it."

Ryan Zinke, who recently stepped down under fire as Interior Department secretary, had ordered many national parks to stay open, saying visitors should not be penalized for the political feud over a border wall with Mexico.

But some parks – besides Joshua Tree – have closed.

Arches and Canyonlands in Utah have shut their gates after a snowstorm made roads impassable. Park officials posted on Twitter that the shutdown left no money for snowplowing.

In California, Sequoia and Kings Canyon National Park has closed and Muir Woods National Monument will shut down Monday because of overflowing trash and human waste.

Fox News’ Michelle Gant and The Associated Press contributed to this report.