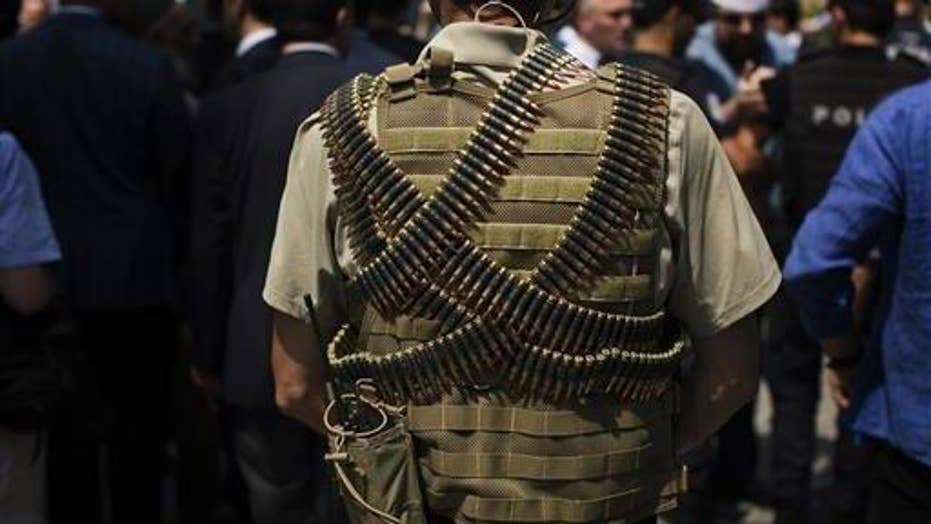 In an address to the nation late Wednesday, Erdogan announced a cabinet decision to seek additional powers, saying the state of emergency would give the government the tools to rid the military of the "virus" of subversion.

Under the terms of the Turkish constitution, lawmakers in the 550-member parliament have to approve a request for a state of emergency. Of those, 317 are members of Erdogan's Justice and Development Party.

The state of emergency will give the government sweeping powers to expand a crackdown that has already included mass arrests and the closure of hundreds of schools.

On Thursday, Turkish state media said a further 32 judges and two military officers have been detained by authorities during the crackdown since last week's coup.

Already, nearly 10,000 people have been arrested while hundreds of schools have been closed. And nearly 60,000 civil service employees have been dismissed.

German Foreign Minister Frank-Walter Steinmeier said Turkey's state of emergency should only last as long as it's "absolutely necessary."

Steinmeier said Thursday that it's important that "the rule of law, a sense of proportion and commensurability are preserved" and that it's in Turkey's interest to "keep the state of emergency only for the duration that is absolutely necessary and then immediately end it."

Any action stemming from the new powers should only be taken against those with "a provable involvement in punishable actions" and not "an alleged political attitude," Steinmeier added.

Erdogan, who had been accused of autocratic conduct even before this week's tough crackdown, said the state of emergency would counter threats to Turkish democracy.

"This measure is in no way against democracy, the law and freedoms," Erdogan said Wednesday after a meeting with Cabinet ministers and security advisers.