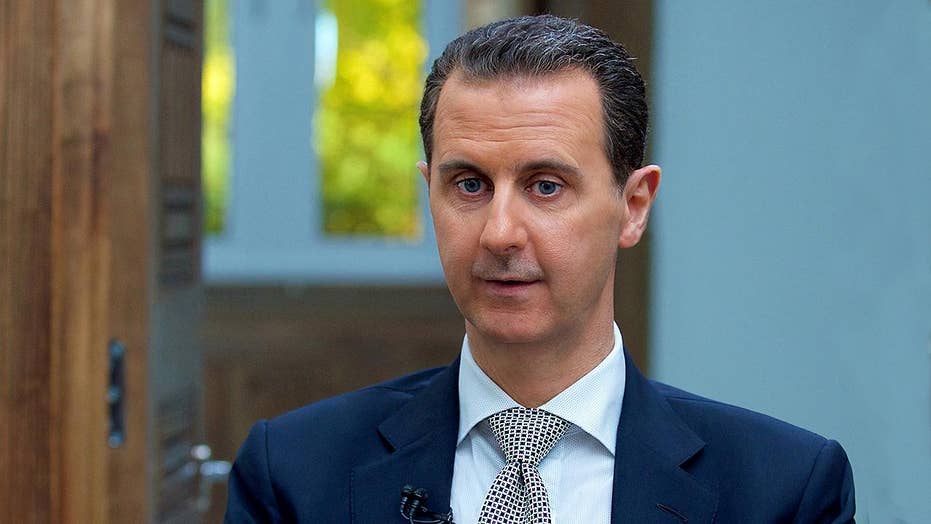 Tucker: How does Syrian regime change help the U.S.?

Less than a day after President Trump threatened an imminent military strike against Syria, war monitors there say government forces and their allies are on alert and taking precautionary measures at military bases across the country amid fears of an attack by the United States.

Saturday’s reported chemical weapons attack on civilians prompted international outrage, and led Trump to warn that Russia or any other nation found to share responsibility will “pay a price.”

But the Russian military, which has a presence in Syria as a key Assad ally, said its officers had visited the weekend site in a suburb of Damascus, the Syrian capital, and found no evidence to back up reports of poison gas being used.

The Britain-based Syrian Observatory for Human Rights says that as of Monday night, troops have been on a 72-hour alert and are fortifying their positions.

The Sound and Picture Organization, an activist collective in eastern Syria, said on Tuesday that Iranian fighters and members of Lebanon’s Hezbollah group have evacuated their positions in the Boukamal area, near Iraq’s border.

As he began an evening meeting with military leaders at the White House, Trump promised to "make a decision tonight or very shortly thereafter." He said: "We have a lot of options militarily, and we'll be letting you know pretty soon. Probably after the fact."

Russia's U.N. ambassador, Vassily Nebenzia, accused Washington of deliberately stoking international tensions by threatening Russia in a tone "beyond the threshold of what is acceptable, even during the Cold War."