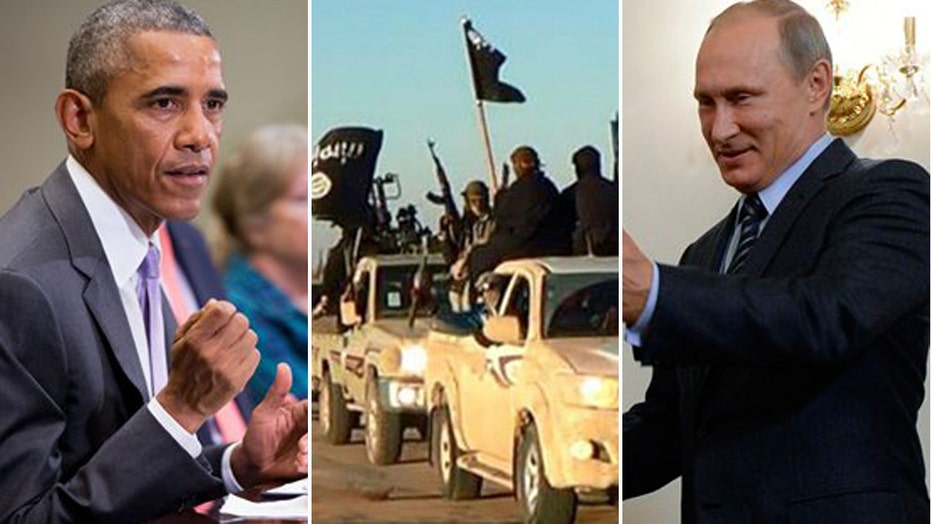 A U.S.-trained Syrian rebel commander has told the U.S. military that he surrendered six coalition-provided trucks and ammunition to an intermediary linked to the Al Qaeda affiliate in Syria, known as the Nusra Front.

U.S. Central Command said late Friday that roughly a quarter of the equipment assigned to that unit was apparently turned over earlier this week in exchange for safe passage within the region. U.S. officials said Syrians continue to insist they haven’t relinquished actual weapons to the terror group and that all of their personnel are still accounted for.

A military official told the Washington Post that assurances regarding the trade had come from the deputy commander of the group. It was the unit leader who surrendered the equipment and who contacted U.S. officials correcting the information on Friday, the official told the Post.

"In light of this new information, we wanted to ensure the public was informed as quickly as possible about the facts as we know them at this time," Ryder said. "We are using all means at our disposal to look into what exactly happened and determine the appropriate response."

The report underscores persistent problems with the U.S.-led coalition’s effort to train and equip Syrian rebels to fight the Islamic State in the embattled region. The Washington Post reports White House and Pentagon officials are considering providing more weapons to a wider range of rebel groups in Syria, but the plan could come in question in light of the recent incident.

Ryder said the Syrians told the U.S. earlier Friday that no equipment or people were missing, but the U.S. found out later on that some of those assertions were wrong. He said providing equipment to the Nusra Front is a violation of the training and equipping program.

The commander who turned the equipment over to the Nusra Front was one of about 70 rebel fighters who were in the second U.S. training course. He had only recently returned to Syria to fight the Islamic State militants.

The training program has been criticized as offering too little too late and failing to provide enough protection for those trained rebels once back inside Syria. The selected rebels are said to undergo a thorough vetting process to ensure they focus on the fight against the IS.

U.S. officials have begun an overhaul of the effort, including suggesting that the newly trained fighters operate as the New Syrian Forces, or NSF, alongside Syrian Kurds, Sunni Arab and other anti-Islamic State forces.

The first batch of about 54 trainees has largely disbanded. Of the 54, one was killed; one is being held captive; nine are back in the fight; 11 are available but not in Syria; 14 returned to Syria but quit the U.S. program; and 18 are unaccounted for.