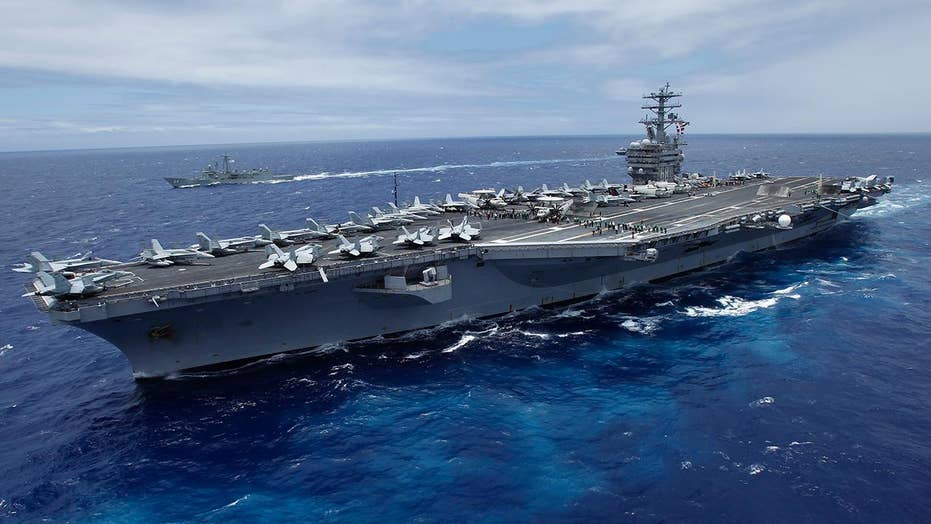 3 US carriers enter western Pacific ahead of Trump visit

Gen. Jack Keane sees the 'very unusual' move as a part of the president's strategy against North Korea.

The leader of South Korea's conservative Liberty Korea oppostion party is in Washington this week, pressing top lawmakers and State Department officials to support the redeployment of U.S. tactical nuclear weapons in the country.

The proposal is hotly debated in South Korea. The country's new president, Moon Jae-in, opposes the measure for fear that it might spark an arms race. But a Gallup Korea poll found that 60 percent of South Koreans say the country should have nuclear weapons.

The U.S. withdrew its nuclear weapons from South Korea in 1991 to descalate tensions in the region. The Trump administration has not clearly signaled its stance on rearming the country.

Hong, who came in second place in South Korea's May presidential election, said Tuesday that bringing back the nukes would ultimately lead to disarmament.

“We want the tactical nuclear weapons to be redeployed in Korea so that we would have an equal footing and then we will be able to sign a treaty to disarm the nuclear weapons,” Hong said in an interview.