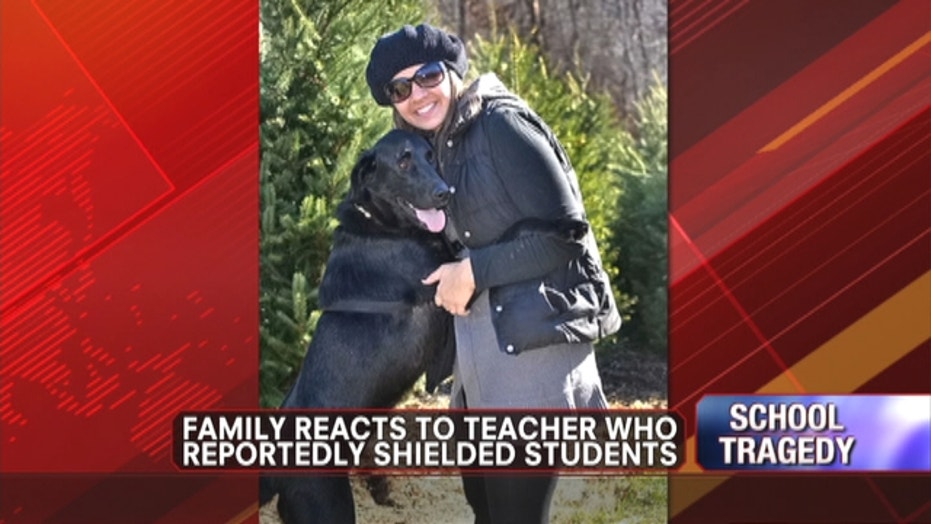 As the bullets flew toward her first-grade students who she had huddled in a corner for protection, the 27-year old teacher flung herself in front the barrage to save them. She paid for her bravery and courage with her life.

When Adam Lanza opened fire inside Sandy Hook elementary school yesterday, taking the lives of 26 children and adults in a horrific and selfish act, teacher Vicki Soto did one of the most selfless things imaginable.

As the bullets flew toward her first-grade students who she had huddled in a corner for protection, the 27-year old teacher flung herself in front the barrage to save them. She paid for her bravery and courage with her life.

“She’s definitely a hero,” Jim Wiltsie, Soto’s cousin, told ABC’s Good Morning America. “Her life dream was to be a teacher and her instinct’s kicked in and protected her children from the harm that was coming.”

She died a hero trying to protect her children.

From all accounts Soto was a model teacher, daughter and citizen.

The young educator lived with her parents, her sisters, and a brother in Stratford, Conn in a modest Cape Cod-style house. She was single, spent time worshipping at the Lordship Community Church in Stratford and had a soft spot for her pet black Labrador, Roxy.

Her mother, Donna, was a nurse at Bridgeport Hospital for 30 years and her father, Carlos, worked for the Connecticut Department of Transportation as a crane operator. Vicki was special to her father, friends said, and it was his job to identify his child’s body following the shooting.

“He always talked about her,” Gary Verbanic, who works with Carlos Soto, told the New York Daily News. “He loved her like you wouldn’t believe. Every time he spoke to her on the phone, he was cheerful.”

“I’m heartbroken” Verbanic added. “She was an amazing person.”

Soto had been working at Sandy Hook Elementary for five years and despite complaining of the 45 minute commute to work every morning, she loved her job and her students loved her. Calling them her “angels,” Soto would sometimes tease her students by chewing gum in class, which was not allowed by school officials.

A friend posted a photo of Soto and a message in tribute to her yesterday on her Tumblr account.

"My good friend Vicki Soto passed away in todays tragic shooting," the message said. "Words can not express how heartbreaking and tragic this is. I will miss you dearly."

The family has not made any funeral arrangements for their loved one as Soto’s body has not been released, but Wilstie said he wants the world to know what type of courageous person his cousin was.

“I was proud to know her and I know that her mom and dad have peace knowing that the way Vicki was taken from us tragically, protecting her children,” Wilstie said. “She died a hero trying to protect her children.”