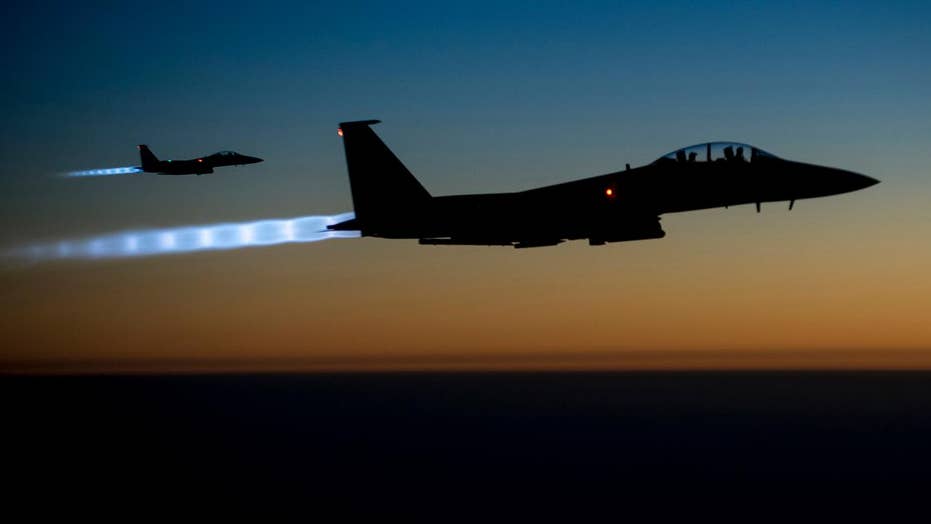 Russia wants Syria 'safe zones' with no US planes

A deal to set up “de-escalation zones” has taken effect, but the plans for those areas could prove to be difficult to enforce.

The deal took effect at midnight Saturday local time but could take around a month until the safe zones are actually established, Russian officials said. And a new plan will prevent U.S. and coalition forces from flying over them.

The plan seeking to establish four safe zones was agreed upon by Russia, Turkey and Iran in cease-fire talks in Kazakhstan on Thursday. But the U.S. hasn’t agreed to abide by the restriction.

Instead, the Pentagon has said that the de-escalation agreement won’t affect the U.S.-led air campaign against Islamic State fighters, The Washington Post reported.

"The coalition will continue to target ISIS wherever they operate to ensure they have no sanctuary," Pentagon spokesman Marine Maj. Adrian J.T. Rankine-Galloway stated.

Russian officials have told reporters that they want to restore a deal with the U.S. to coordinate air operations in Syria in order to cut the risk of accidents. A deal between the two countries was nixed in April following a U.S. missile strike on a Syrian air base. That was in response to a chemical gas attack in the country that was blamed on Syrian President Bashar Assad’s government.

But Russian official Alexander Lavrentyev has said that the former plan may not be renewed.

“The operation of aviation in the de-escalation zones, especially of the forces of the international coalition, is absolutely not envisaged, either with notification or without,” he said. “This question is closed."

Instead, Lavrentyev said, the U.S.-led coalition aircraft would be permitted to target ISIS in specific areas.