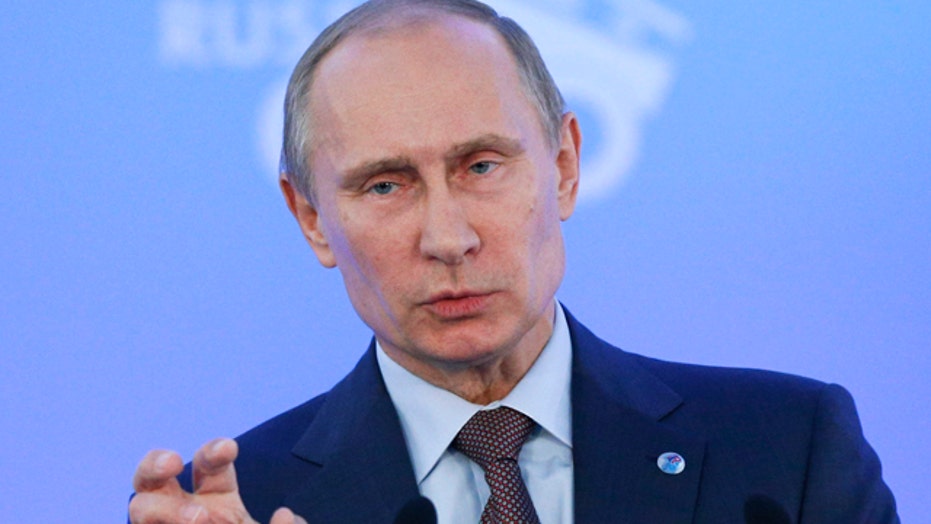 Putin, speaking at Friday's briefing after the Group of 20 summit, answered with a firm "we will" when asked if Russia will keep providing assistance to Syria if it's attacked.

He added that Russia has been supplying weapons to Syria and maintaining economic cooperation.

Putin said that Russia intends to increase its humanitarian assistance to the Syrian people after more than two years of hostilities.

Putin and his officials have previously said that Moscow has no intention of engaging in the conflict.

However, Russia has increased its naval presence in the Mediterranean, which the Kremlin's chief of staff said could help Russia evacuate its citizens from Syria if necessary.