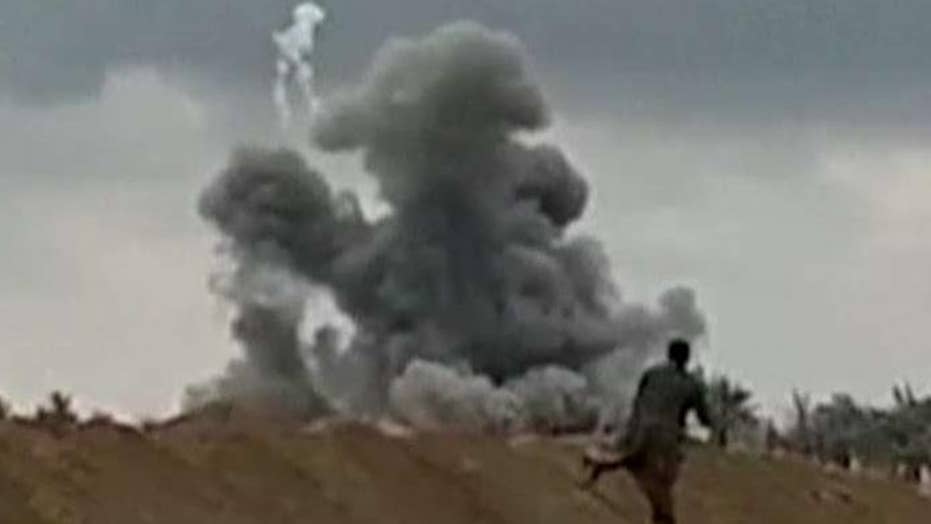 AL-OMAR OIL FIELD BASE, Syria – A commander with the Kurdish-led force fighting the Islamic State group says the offensive on the militants' last enclave in eastern Syria has been blunted by the discovery of hundreds of civilians still living there.

The U.S.-backed force known as the Syrian Democratic Forces launched the offensive to liberate the IS-held village of Baghouz a week ago, after more than 20,000 civilians were evacuated through a corridor from the area in the eastern province of Deir el-Zour.

Adnan Afrin tells The Associated Press that in the last three days, IS has brought up hundreds of civilians from underground tunnels to make the SDF and U.S.-led coalition aware of their presence.

He says the discovery has blunted the offensive. "We do not want to cause a massacre."