A look at the rising rates of North Korean defectors and why they chose to leave the country.

A North Korean soldier crossed the Demilitarized Zone into South Korea on Wednesday hoping to defect to the South, officials said.

The man crossed the border that bisects the Koreas late Wednesday and was seen near the Imjin River around 11:38 p.m., South Korea's Joint Chiefs of Staff said Thursday.

A South Korean soldier noticed "an unidentified object floating in the river via thermal observation devices, which was later confirmed as a person," an official said, according to the South's Yonhap News Agency. "The military then took him safely into custody in accordance with due protocol."

FLASHBACK: Inside a North Korean defector's dash for freedom

The official added the defector is an active-duty soldier in North Korea and "expressed his desire to defect to the South."

In November 2017, a North Korean soldier was caught on video defecting to the South. In the process, he was critically wounded as his former comrades opened fire on him.

The soldier, Oh Chong Song, said he had been drinking after getting into unspecified trouble with his friends. Oh ran across the Joint Security Area — a heavily guarded strip of land at the DMZ where North and South Korean forces stand face-to-face — because he became fearful of being executed, he said.

Oh endured two surgeries after he suffered at least five gunshot wounds. Video of Oh’s sprint to freedom showed him speeding down a tree-lined road as stunned North Korean soldiers began running after him. After exiting his vehicle and running across the border, Oh fell into a pile of leaves against a small wall before being dragged to safety by South Korean troops. 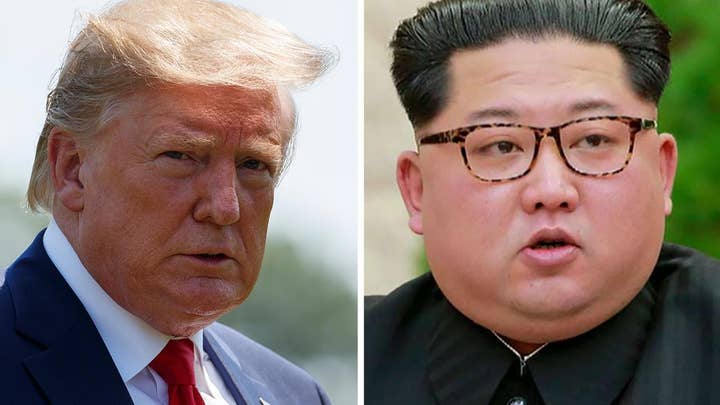 While treating Oh, doctors made disturbing discoveries — including an "enormous number" of parasitic worms, one said to be 11 inches long, inside his body that they extracted.

Another soldier who defected to South Korea sometime in 2017 was discovered to have traces of anthrax antibodies in his system, according to local media outlets. It was reported the soldier was exposed to or vaccinated for anthrax, a serious bacterial disease, and became immune before defection.

Pyongyang has frequently accused Seoul of kidnapping or enticing its citizens to defect. About 30,000 North Koreans have fled to South Korea, mostly traveling via China, since the Korean War armistice agreement in 1953.