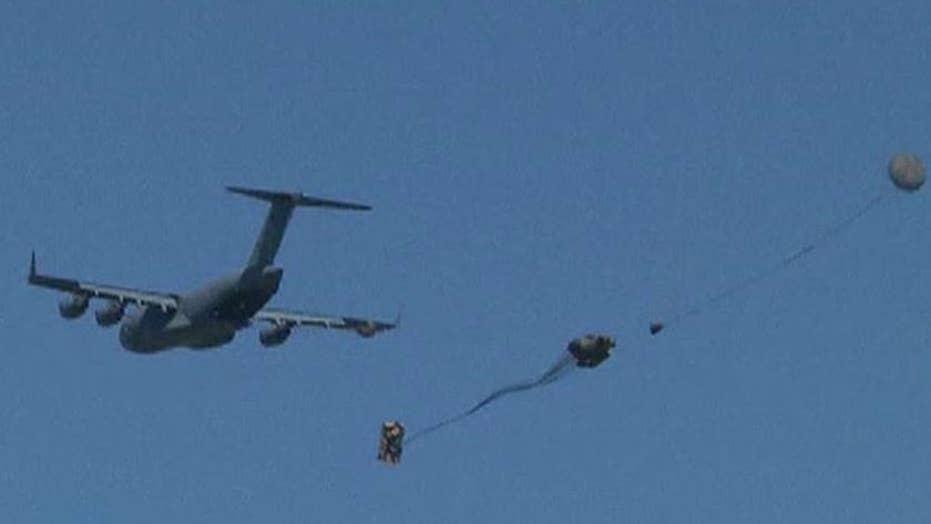 TORUN, Poland – Some 2,000 NATO troops from the U.S., Britain and Poland conducted an airborne operation on Tuesday as part of the biggest exercise performed in Poland since the 1989 end of communism and amid concerns over Russia.

The troops were parachuting into the training area in the central city of Torun, where they were to secure a bridge on the Vistula River, as part of the Polish-led Anakonda-16 exercise that involves some 31,000 troops and runs through mid-June.

Troops of the U.S. Army's 82nd Airborne Division flew directly from their U.S. base in Fort Bragg, North Carolina, while British troops flew from a NATO base in Ramstein, Germany. The Poles arrived from a base in Krakow, in southern Poland.

Russia considers NATO troops' presence close to its border as a security threat. President Vladimir Putin's spokesman, Dmitry Peskov, said Tuesday in Moscow that the military exercise in Poland "does not contribute to the atmosphere of trust and security on the continent."

The Polish command of the exercise said on its website that the operation is transparent, and international observers of the Organization for Security and Cooperation in Europe, as well as Russian observers, have been invited.