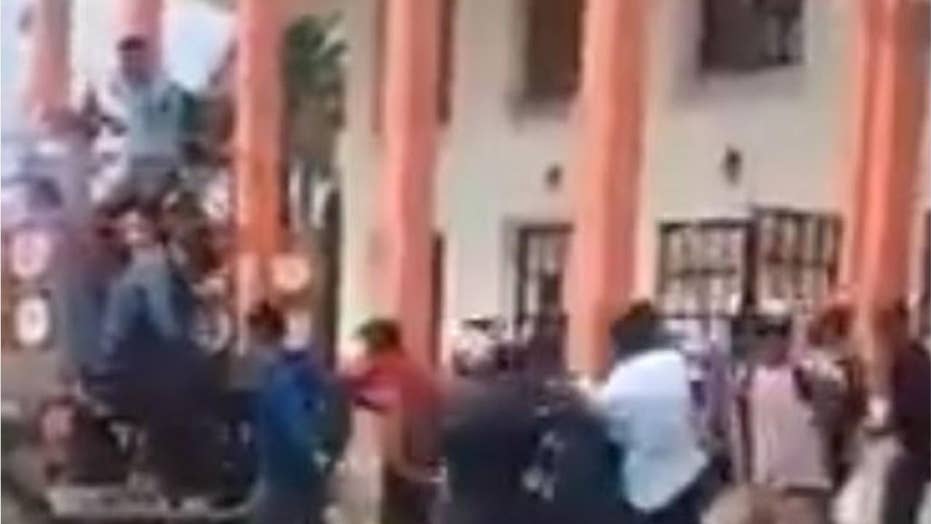 The jail in a southern Mexico town was pretty busy after the mayor was attacked. A group of farmers stormed Mayor Jorge Luis Escandón Hernández's office and caused damage to real estate, in addition to assaulting him.

Eleven people were arrested in southern Mexico on Tuesday after the mayor of their village was dragged out of his office, beaten, and then tied to a pickup truck and dragged through the streets of the town, according to officials.

The State's Attorney General's Office in Tuxtla Gutiérre said in a news release that the incident happened early Tuesday in the town of Las Margaritas, when a group of people stormed Mayor Jorge Luis Escandón Hernández's office and caused damage to real estate, in addition to assaulting him.

The angry group of farmers was demanding the mayor build a road he promised to construct during his campaign, Mexican news outlet Excelsior reported.

Video taken by bystanders outside the building showed the men pulling the mayor out of the building and forcing him into the back of a truck.

Another surveillance video captured the moment the mayor was dragged along from the back of the struck through the streets of Santa Rita, in Las Margaritas.

State police were eventually able to rescue the mayor, according to Excelsior newspaper.

The incident caused a brawl between the locals and the police, leaving at least 20 injured and 11 arrested, La Republica reported.

The State Attorney General's Office said in a news release that Hernández is "safe and sound" and that he was examined by doctors after the incident.

This was the second attack this year by locals demanding the mayor fulfill his campaign promise to build the road, according to the BBC. Four months ago, a group of men trashed his office when he was not found there.

The state's prosecutors' office condemned the violent attack and pledged to deploy more officers to "guarantee the rule of law and security throughout the state territory."