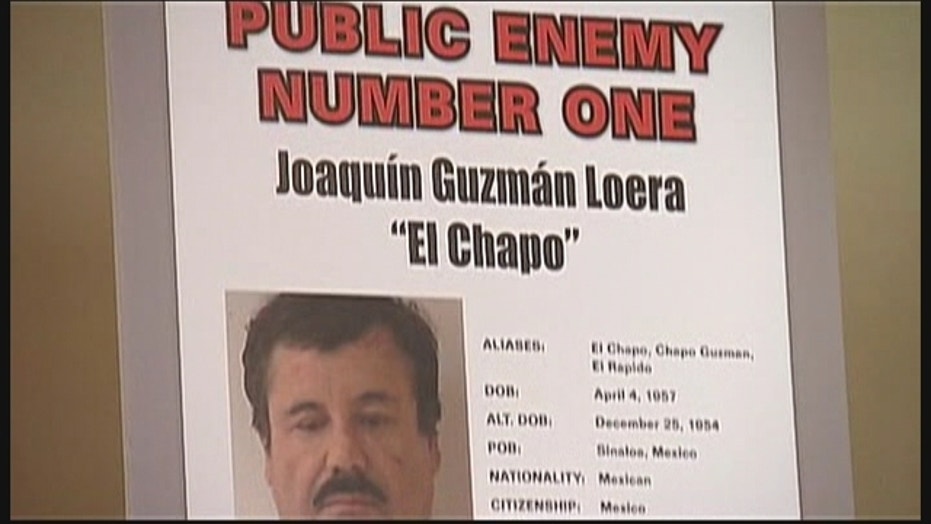 The Chicago Crime Commission formally restored the label days after Guzman slipped from a maximum-security facility through a mile-long tunnel.

CHICAGO – A drug kingpin in Mexico who has never set foot in Chicago has been named the city's Public Enemy No. 1 – the same label assigned to the notorious Al Capone at the height of the Prohibition-era gang wars.

The Chicago Crime Commission considers Joaquín "El Chapo" Guzmán even more menacing than Capone because he's the leader of the Sinaloa cartel, which supplies most of the narcotics sold in the city.

"What Al Capone was to beer and whiskey during Prohibition, Guzmán is to narcotics," said Art Bilek, the commission's executive vice president. "Of the two, Guzmán is by far the greater threat ... And he has more power and financial capability than Capone ever dreamed of."

The commission – a non-government body that tracks city crime trends – designated Capone Public Enemy No. 1 in 1930. It has declared other outlaws public enemies, but Capone was the only one deemed No. 1.

Guzmán is thought to be holed up in a mountain hideaway in western Mexico, but he ought to be treated as a local Chicago crime boss for the havoc his cartel creates in the nation's third-largest city, said Jack Riley, of the Drug Enforcement Administration, which joined the commission in affixing the title to Guzmán.

The point of singling out Guzmán was to inspire more public support for going after him, Bilek said.

Capone based his bootlegging and other criminal enterprises in Chicago during Prohibition, when it was illegal to make or sell alcohol in the U.S. He eventually went to prison for income tax evasion, but he gained the greatest notoriety for the 1929 St. Valentine's Day Massacre that left seven rivals dead.

"If I was to put those two guys in a ring, El Chapo would eat that guy (Capone) alive," Riley told the Associated Press in a recent interview at his office, pointing at pictures of the men.

Riley described Chicago as one of Sinaloa's most important cities, not only as a final destination for drugs but as a hub to distribute them across the U.S.

"This is where Guzmán turns his drugs into money," he said.

Mexican cartels that ship drugs to Chicago are rarely directly linked to slayings. But Bilek said Thursday that cartel-led trafficking is an underlying cause of territorial battles between street gangs that are blamed for rising homicide rates.

"He virtually has his fingerprints on the guns that are killing the children of this city," Bilek told a news conference.

Guzmán, who has been on the run since escaping from a Mexican prison in a laundry cart in 2001, is one of the world's most dangerous and most wanted fugitives. He's also one of the richest: Forbes magazine has estimated his fortune at $1 billion.

Now in his mid-50s, Guzmán has been indicted on federal trafficking charges in Chicago and, if he is ever captured alive, U.S. officials want him extradited here to face trial. The U.S. government has offered a $5 million reward for his capture.

It was only a coincidence, Bilek said Thursday, that the announcement naming Guzmán Public Enemy No. 1 came on the anniversary of the St. Valentine's Day Massacre, which raised public pressure to capture Capone.

Within two years of being designated Public Enemy No. 1 in 1930, Capone had been captured, convicted and imprisoned.

With the same label now attached to Guzmán, Bilek said, "we hope the same thing will happen to him."

For more stories go to myfoxchicago.com