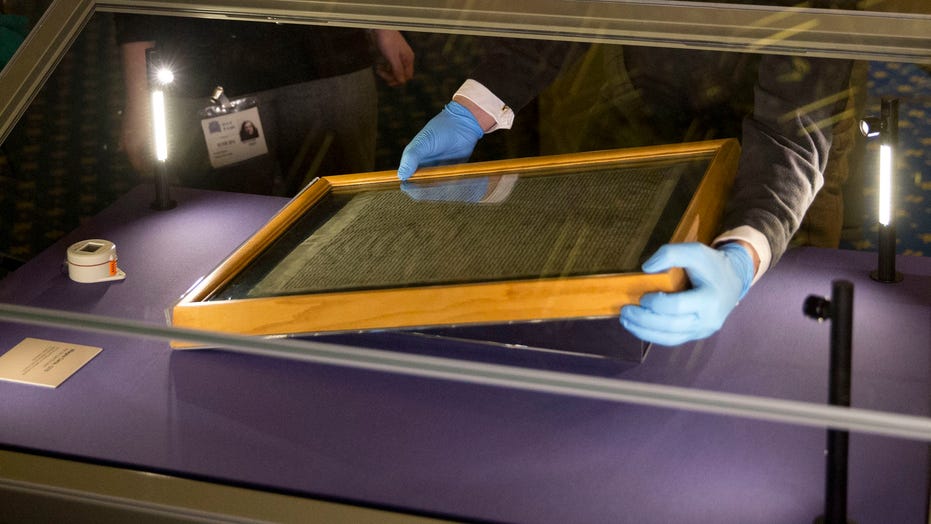 Police have released camera footage that allegedly shows a man from the United Kingdom trying to steal the 800-year-old Magna Carta from the Salisbury Cathedral back in 2018, reports said.

Mark Royden, 47, is accused of attempting to use a hammer to smash a protective case surrounding the document, which dates back to 1215.

In the video, a man is allegedly seen walking through the cathedral wearing yellow gloves and glasses before the camera appears to be knocked out.

Prosecutor Rob Welling told the Salisbury Crown Court that Royden took out the camera to avoid being recorded, adding that the "good-spirited" members at the cathedral -- including American tourists -- prevented his escape following the Oct. 25 incident, according to the BBC.

"He seriously miscalculated, he believed it wouldn't show what he was about to do but it showed him with his hood up, yellow gloves and hammer visible," Welling told the outlet.

The Salisbury Cathedral 1215 copy of the Magna Carta is installed in a glass display cabinet marking the 800th anniversary of the sealing of Magna Carta at Runnymede in 1215, in Salisbury, England. (AP Photo/Matt Dunham, FILE)

Prosecutors claimed Royden tried to take the document because he "doubted its authenticity," the outlet reported.

Royden denies a charge of attempted theft and a second count of criminal damage to the case costing $18,820.