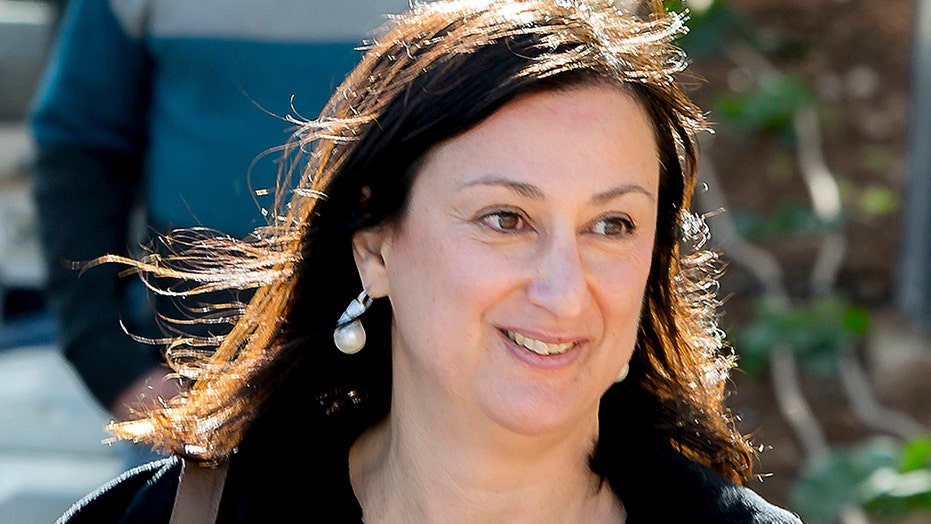 A man recently arrested in Malta has been offered a presidential pardon after he claimed to know the identity of the mastermind who ordered the car-bombing murder of anti-corruption journalist Daphne Caruana Galizia in October 2017, Maltese officials said Tuesday.

Prime Minister Joseph Muscat confirmed he made the offer on the condition that the man’s information about the assassination could be corroborated with evidence in court.

The man, who remains under police protection and has yet to be officially named, was arrested Thursday in a separate money-laundering case. He is alleged to have acted as a middleman between whoever ordered the death of Caruana Galizia and those who carried it out.

Maltese authorities said a man arrested in a money-laundering case claims to have information identifying the mastermind behind the assassination of Caruana Galizia. (AP Photo/Jon Borg, File)

The man negotiated for the pardon to include his involvement in past crimes after telling investigators he feared for his safety if he were to be sentenced to prison, the Times of Malta reported.

His arrest is the latest development in the case. Three other men were arrested in December 2017 on suspicion of triggering the blast that killed Caruana Galizia. They are still awaiting trial.

The 53-year-old Caruana Galizia, known as a “one-woman WikiLeaks,” was killed in a car bomb outside her Bidnija home on Oct. 16, 2017. Prior to her death, she had reported to police that she was receiving threats.

Caruana Galizia was killed in a car bomb near her home in Bidnija on Oct. 16, 2017. (AP Photo/Rene Rossignaud, File)

The highly regarded journalist was known for going toe-to-toe with some of the country’s most popular political figures, accusing them of corruption and undermining the democratic institutions of the small European Union nation.