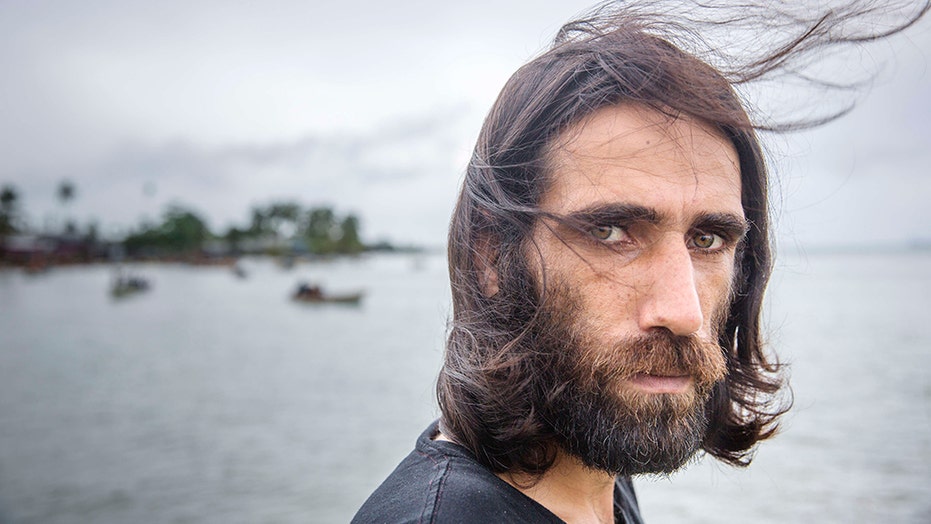 A Kurdish Iranian refugee who wrote an award-winning book via WhatsApp from inside an offshore Australian detention center where he'd been marooned for six years, finally left the island this week, vowing to "never go back."

Behrouz Boochani, a journalist, arrived in New Zealand on Thursday for a literary event after being held on Papua New Guinea’s Manus Island since 2013.

“I just arrived in New Zealand,” Boochani tweeted Thursday. “So exciting to get freedom after more than six years. I have been invited by Word Festival in Christchurch and will participate in an event here. Thank you to all the friends who made this happen.”

He has said he fled his native Iran because authorities persecuted him for practicing journalism. He arrived by boat on Christmas Island, an Australian territory, in July 2013 hoping to claim asylum, the BBC reported.

Boochani arrived in New Zealand after spending over half a decade in a detention center on Manus Island. He famously documented the lives of asylum seekers on the island. (Jonas Gratzer/LightRocket via Getty Images) File

That same month, however, Australia took a hardline stance on asylum seekers, not allowing refugees arriving by boat to settle in the country, according to the outlet. The government said at the time the policy was meant to discourage dangerous attempts to get to the country by sea.

"I didn't want to go to prison in Iran so I left and when I got to Australia they put me in this prison for years," he told the BBC in January.

Throughout those years, Boochani continued his work as a journalist. He chronicled the lives of his fellow Manus Island residents and wrote about his own experiences as a correspondent for several international news outlets. He was jailed for eight days at one point due to his reporting of a hunger strike, and he wrote about witnessing guards shoot, stab and murder his friends, the Guardian reported.

He claimed he was twice tortured, and said he watched as some of his friends died from lack of medical treatment while others fell into depression and committed suicide, the outlet reported.

His acclaimed book, "No Friend But the Mountains: Writing from Manus Prison in 2018," details the lives of asylum-seekers at the detention center. He famously wrote it via WhatsApp messenger app, sending one sentence at a time to a source in Australia, where it was translated, according to the outlet.

I just want to be somewhere where I am a person, not just a number, not just a label ‘refugee.’

The book reached a wide audience and won Australia’s richest literary prize in January. It also proved to be his way off the island. New Zealand issued Boochani a one-month visa so he could appear at a literary festival in Christchurch later this month, the BBC reported.

After his stay in New Zealand, he told outlets that he hopes to relocate to the U.S., where he was accepted for asylum as part of a “refugee swap” deal between former President Barack Obama and Australia’s former Prime Minister Malcolm Turnbull.