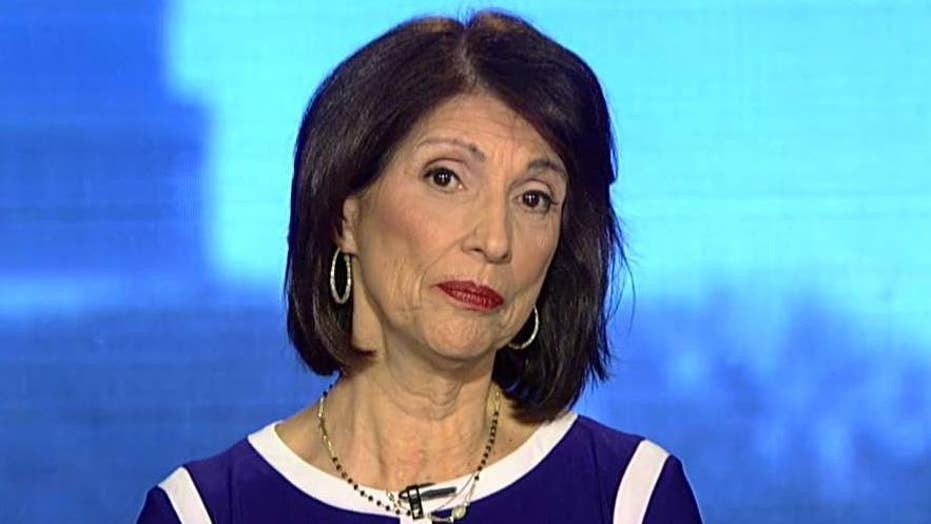 While U.S.-backed Syrian forces may have declared victory over the Islamic State, the mother of a journalist beheaded by ISIS fighters warns that the fight against the terror group and its associates is not yet over.

Diane Foley, whose son James became the first American to be killed by ISIS fighters in 2014, told "America's Newsroom" on Monday that while the last ISIS territory has been liberated, the group remains a threat.

"I'm certainly grateful that physical presence has been shrunk, however, the leadership is still at large," Foley told Fox News. "I fear that the sleeper cells are all around us and there are hundreds of ISIS fighters in this tenuous custody in northern Syria."

Foley said she is hoping the U.S. will take on the "leadership" of holding people "accountable."

"But it must be addressed because otherwise they will infiltrate our countries and continue their reign of terror."

Foley, who has since founded the James W. Foley Legacy Foundation in honor of her son who was abducted while covering the Syrian War has a journalist, told Fox News the threat of ISIS can't be stopped unless terror sympathizers are shown how a "real justice system works."

"Prosecuting them, putting them away for the rest of their life so that they can pay for their crimes against humanity," she said. "If we let them go or hold them in these tenuous situations then no justice is served and they just perpetuate their agenda."

Through the foundation, Foley hopes that the group can work to bring Americans in trouble abroad back home by working with the Trump administration and applauding them for taking on the "very complicated" issue.

"We must have the backs of our brave Americans who go out into the world, be they as aid workers, educators, journalists," she said. "We must have their backs should they be kidnapped or unjustly detained."