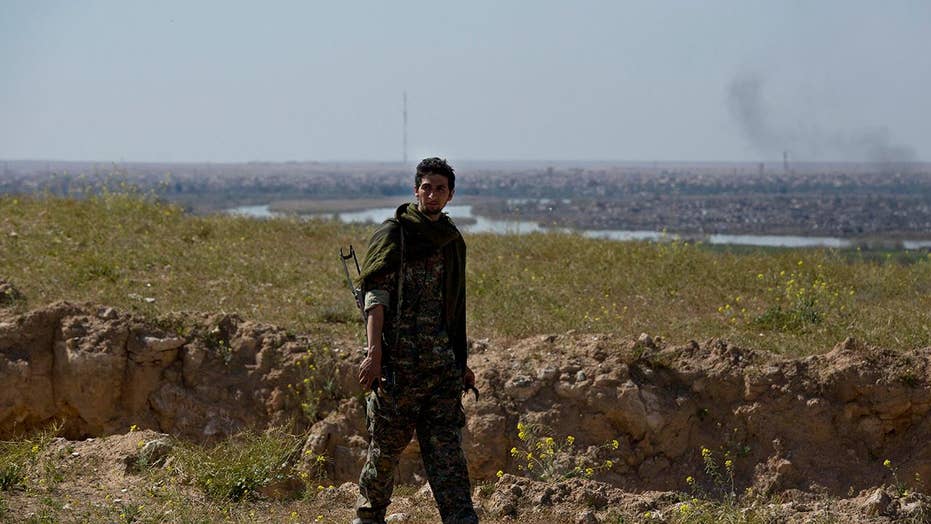 The offensive is over and clear up underway in Baghouz; Benjamin Hall reports from Amuda, Syria.

BAGHOUZ, Syria -- The caliphate has crumbled, and the final offensive is over. While the official announcement hasn’t yet been made – Fox News has been told that this village, the last ISIS stronghold, is liberated.

It’s the first time since we’ve been here in Syria for five days that the bombs have stopped dropping and the gunfire has disappeared. We have witnessed the end of the caliphate – the brutal empire that once ruled over 8 million people – is gone.

Troops here are now bringing down the black flags of ISIS. The flags no longer fly over the town, instilling fear.

The last five days, Fox News has witnessed the last major offensive up close -– with U.S.-backed SDF forces attacking ISIS from three sides, pushing the fighters back, house to house, then tent to tent, against the Euphrates River.

Inside Baghouz, it’s easy to see how they hid for so long – not just in tunnels but trenches and hundreds of cubby holes covered by tarpaulins, which blend in perfectly to the dirt.

In the end, the majority surrendered. In fact, since the start of the year about 60,000 have dripped into the desert, and most are now held in camps.

There is a major concern about what to do with the camps though. The SDF has asked for U.S. support in setting up a tribunal here to prosecute them. 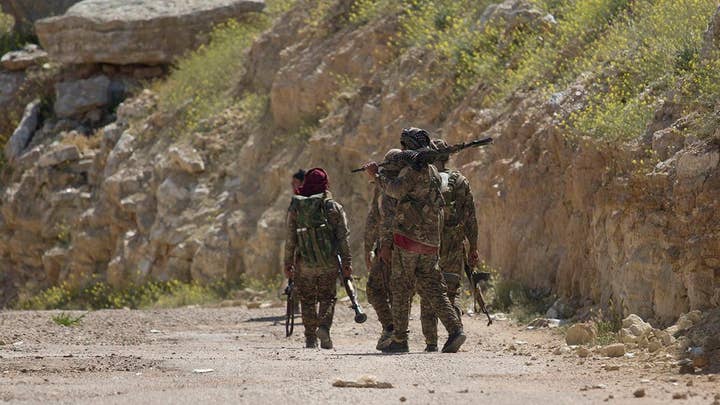 This final corner of the caliphate was in the far eastern desert of Syria– it was where ISIS first captured territory, and it is where they finally lost.

A clearing operation is now underway in the town– and an announcement is expected soon.

None of the main surviving ISIS leaders have been caught inside Baghouz. Instead, they left their men to fight alone. It’s thought they prepared ahead for the insurgency.

The scale of the devastation here is incredible. And everyone acknowledges that without U.S. support, it would have taken far longer.

For four-and-a-half years, ISIS held this territory, ruling over it with an iron fist. It was the terrorist group’s heartland – and they were so dug in that the only way to push them back was to flatten whole villages. The devastation here goes on for miles – and craters like this are a reminder of the critical role played by U.S. airpower. Military jets still fly overhead.

SDF fighters are all so grateful to the U.S., not just for their help in the battle, but now for its decision to leave troops here when it’s done. Reports now suggest the figure may be around 1,000 staying.