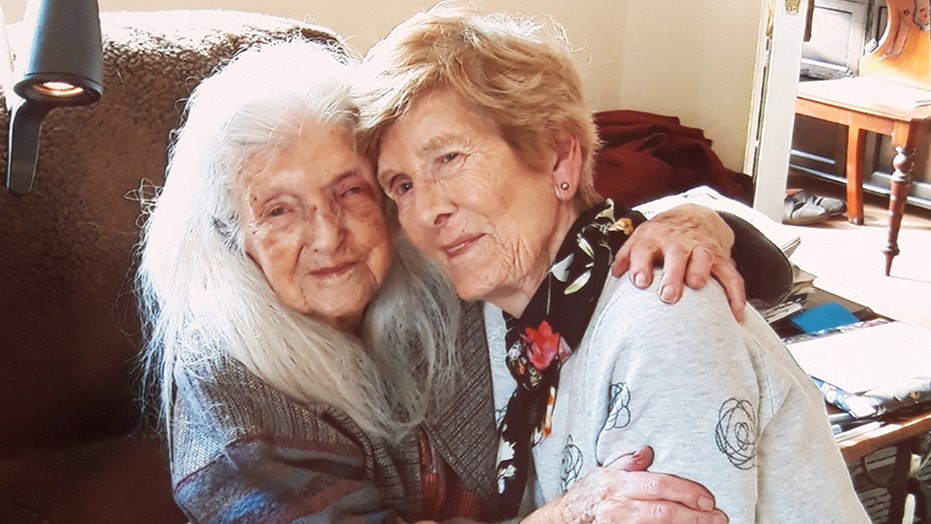 An 81-year-old Irish woman was overjoyed after meeting her birth mother for the first time after searching for her for more than 60 years.

Eileen Macken, who grew up in a Dublin orphanage, had been searching for her mother since the age of 19 without success.

After telling her story on RTÉ Radio 1′s Liveline, Macken was contacted by a genealogist, who managed to trace Macken’s mother back to Scotland.

Macken traveled to Scotland last month, along with her husband, daughter and son-in-law, to meet her 103-year-old mother, Elizabeth.

"She's the most beautiful lady, lovely family, they gave me a great welcome,” Macken said to Liveline host Joe Duffy in a follow-up appearance.

She said she had a “great chat” with her mother, who’s celebrating her 104th birthday this weekend.

"There was such a bond between the two of us, it was fantastic. She's such a kind lady, I said to my children that all this life I've loved this lady, even though I don't know who she is,” Macken said, adding she didn’t want to stay too long due to her mother’s age.

Macken thanked Duffy, the Liveline team, the genealogist and everyone who helped make the special moment possible.

"I don't think I'll ever come down out of the cloud," she said.