The 'Fox &amp; Friends' co-host shares a clip of herself discussing her miscarriage on 'I Am Second.'

Ainsley Earhardt shared the ups and downs of her journey to motherhood in a new faith-based short film.

The "Fox & Friends" host sat down with "I Am Second," a Christian non-profit that shares stories from influencers on their faith, to talk about her story around Mother's Day as part of its "White Chair Film" series.

Earhardt, who grew up in Spartanburg, S.C., said she became a Christian at 21 and dreamed about being on television since she was young. When she finally achieved that dream, as an anchor on Fox News Channel, she felt like it was time to have kids. 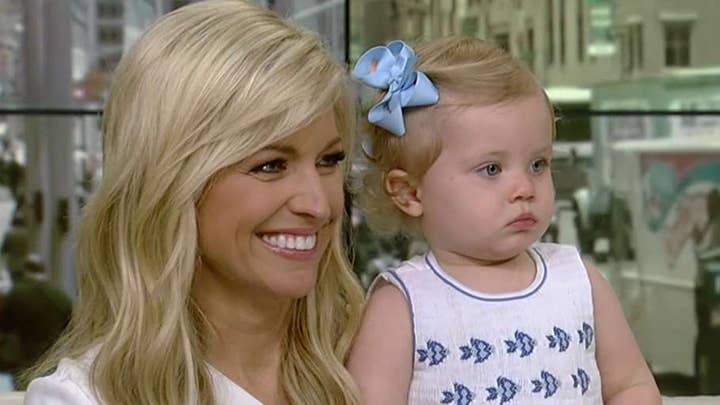 But her road to motherhood was not easy.

"I get kind of emotional in there because I talked about my miscarriage. But God blessed me so much after that miscarriage cause then I got pregnant with Hayden a few months later, so I wouldn't have Hayden if it weren't for that," she said about the clip.

She looks forward to meeting the child she miscarried in heaven someday but until then she is enjoying life with Hayden and hopes her story can help encourage others.

"If you're going through a hard time or if you've experienced a miscarriage," Earhardt said, "so many women have come up to me and said they went through the same thing and they never wanted to talk about it, so I hope my journey can help you and that you can find God in my life."

Others who have shared their stories on "I Am Second" include Kathie Lee Gifford, Chip and Joanna Gaines, the Robertsons from "Duck Dynasty," and many more.