"The Iranian regime must be held to account for their vile human rights abuses and their attempt to cling to power through execution," Ellie Cohanim, the State Department’s deputy special envoy to monitor and combat anti-Semitism, told Fox News.

The execution of the decorated wrestler Mehdi Ali Hosseini is imminent. He is from Andimeshk in the province of Khuzestan, and was arrested in 2015 and charged with pre-meditated murder, supposedly committed during a group brawl. It is unclear whether Iran’s regime forced Hosseini to confess to a crime he did not commit.

Iran’s opaque judiciary and penal system repeatedly tortured Afkari into admitting a killing he did not carry out, according to human rights organizations and Western governments. The clerical rulers hanged Afkari for protesting in 2018 against the economic and political corruption of the regime controlled by Supreme Leader Ali Khamenei.

"What the European Union needs to ask themselves is, at what point do you consider a state a bad actor and take action accordingly," said Cohanim, who fled the Islamic Republic of Iran with her family in 1979, when she was 6, to escape its repressive state policies. "Is it when the state underwrites terrorism and causes instability in entire regions? Is it when the state starves its own people while enriching its leadership? Is it when the state commits mass human rights violations against its own citizens? The Iranian regime checks all boxes."

In this June 25, 2018 photo, a group of protesters chant slogans at the main gate of the Old Grand Bazaar, in Tehran, Iran. On Saturday, Sept. 5, 2020, Iran broadcast the televised confession of a wrestler facing the death penalty after a tweet from President Donald Trump criticizing the case. The case of 27-year-old Navid Afkari has drawn the attention of a social media campaign that portrays him and his brothers as victims targeted over participating in protests against Iran's Shiite theocracy in 2018. (Iranian Labor News Agency via AP)

In September, U.S. Secretary of State Mike Pompeo imposed sanctions against Judge Seyyed Mahmoud Sadati, Branch 1 of the Revolutionary Court of Shiraz and Adelabad Prison, for their role in the alleged extrajudicial killing of Afkari.

Neither the United Nations nor the European Union have sanctioned Iran’s regime for its hanging of Afkari.

Amnesty International previously said, "There were systematic violations of fair trial rights" in the Islamic Republic and "forced ‘confessions’ obtained under torture and other ill-treatment were broadcast on state television and used by courts to issue convictions."

Cameron Khansarinia, the policy director for the National Union for Democracy in Iran (NUFDI), a nonpartisan organization of Iranian-Americans, told Fox News: "While most athletes fear the further cancellation of sporting events due to the COVID-19 pandemic, athletes in Iran fear being murdered by the Islamic Republic. After murdering champion wrestler Navid Afkari, the criminal regime occupying Iran intends to put fellow wrestler Mehdi Ali Hosseini to death."

Khansarinia continued, "The International Olympic Committee has as yet refused to take any serious actions against the regime in Tehran for its bloody assault against athletes, despite a coordinated campaign by Iranian athletic champions." 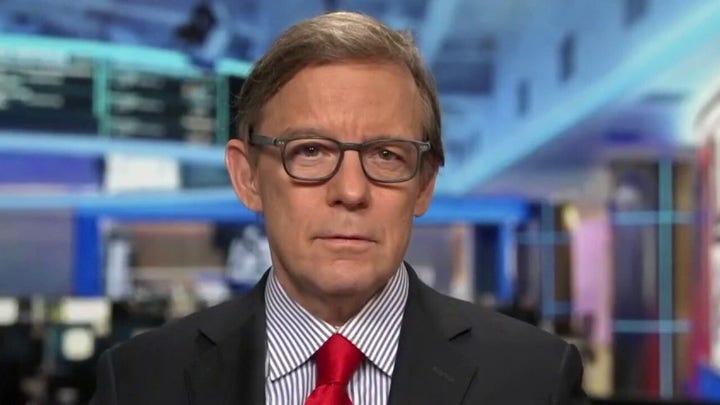 Elite Iranian wrestlers have urged that Hosseini not be executed.

Hamid Sourian, a Greco-Roman wrestler who won a gold medal at the 2012 London Olympics, said, "I beg Dr. Gholami Gheibi, who is one of the prominent doctors in Dezful, [in Khuzestan Province], as the father of the victim, to please God" rescind the death penalty.

Sourian, who is vice president of the Iranian Wrestling Federation, added, "I hope that the honorable Gheibi family will forgive this young man by doing this good deed."

"The regime should be banned from all Olympic and international sports activities until it stops murdering athletes and lifts its gender apartheid laws toward female athletes and fans," Khansarinia said.

"The disregard for the lives of Iranians shown by international organizations including the IOC has removed any and all of their legitimacy as humanitarian bodies," Khansarinia added.

The United for Navid campaign was launched by Masih Alinejad, a women’s rights activist and founder of the My Stealthy Freedom effort.

Her campaign tweeted: "We are stay[ing] behind you to save the life of #mehdi_ali_hosseini. #NavidAfkari was tortured and murdered few months ago. We don’t forget and we don’t forgive. @Olympics@wrestling please help our athletes #United4Navid."

United For Navid wants the IOC and other sports federations to ban Iran’s regime from competition.

The IOC said in September that it was "shocked" that the Iranian regime executed Afkari, a champion Greco-Roman wrestler.

Rob Koehler, director-general of the sports human rights advocacy organization Global Athlete, told Fox News, "The Iranian regime murdered Navid Afkari on 12 September 2020, and now they have another wrestler, Mehdi Ali Hosseini, scheduled to be executed. How much more evidence does the IOC and United World Wrestling need to suspend the Iranian National Olympic Committee?

"Both of these organizations failed to intervene to save Navid’s life," Koehler said. "Now they must step up to save Mehdi’s life and protect all Iranian athletes. The fact that the IOC continues to neglect its duty of care for athletes by failing to take action against Iran is a gross abdication of duty. Their willingness to stand by while athletes are jailed, tortured and executed can no longer be tolerated. The IOC and UWW must act now."

Khansarinia, the NUFDI policy director, said, "We ask the nations that consider themselves friends of the Iranian people to stand with us in this struggle. The people of Iran need solidarity."