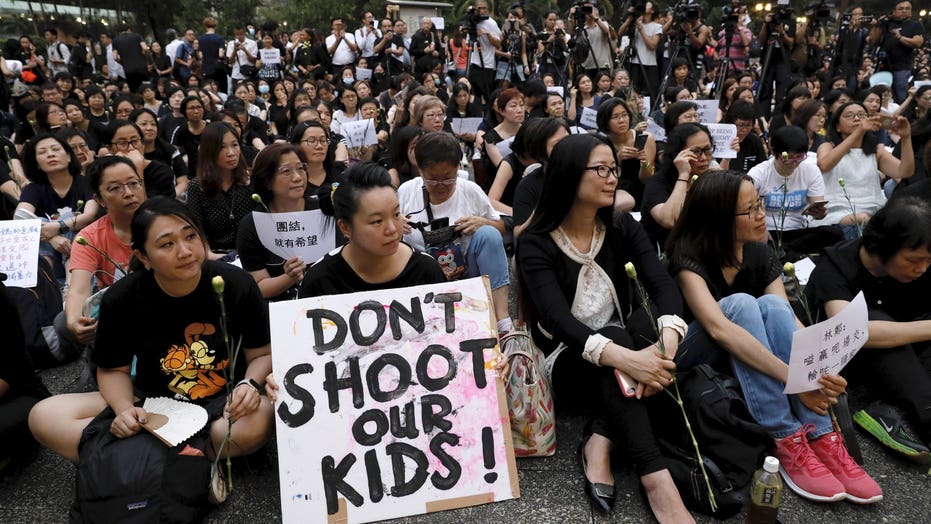 The Hong Kong government on Saturday suspended the controversial plan to allow extraditions to mainland China.

Chief Executive Carrie Lam, who was chosen by Beijing to be the highest-level local official, made the announcement in a bid to restore calm after the bill sparked the city’s biggest protests in years.

“After repeated internal deliberations over the last two days, I now announce that the government has decided to suspend the legislative amendment exercise,” Lam said.

NEWT GINGRICH: WHAT THE PEOPLE OF HONG KONG ARE RESISTING (AND WHAT THEY SEE COMING)

Critics argued that the proposed bill would erode legal protections and freedoms that Hong Kong enjoys as a former British colony and it could be then used by the Chinese government to crackdown on dissidents who fled mainland China.

The Communist Party-ruled mainland took control of Hong Kong in 1997 with a promise not to interfere with the city’s civil liberties and courts.

Lam said during a news briefing that it was time “for responsible government to restore as quickly as possible this calmness in society” but admitted that the bill won’t fully withdraw, a comment that will give little assurance to the protesters.

Hundreds of mothers holding placards, some of which read "If we lose the young generation, what's left of Hong Kong", and lit smartphones protest against the amendments to the extradition law in Hong Kong on Friday, June 14, 2019. Calm appeared to have returned to Hong Kong after days of protests by students and human rights activists opposed to a bill that would allow suspects to be tried in mainland Chinese courts. (AP Photo/Vincent Yu)

“I want to stress that the government is adopting an open mind,” she said. “We have no intention to set a deadline for this work.”

Activists said that Lam must withdraw the bill in its entirety and resign after the police's use of potentially lethal force on protesters earlier this week. Approximately 80 people were injured, including 22 police officers. A Sunday mass demonstration is being called to keep the pressure on the government.

“Hong Kong people have been lied to so many times,” said Bonny Leung, a leader of the Civil Human Rights Front, one of the groups that has organized the protests.

Hundreds of mothers protest against the amendments to the extradition law after Wednesday's violent protest in Hong Kong on Friday, June 14, 2019. Calm appeared to have returned to Hong Kong after days of protests by students and human rights activists opposed to a bill that would allow suspects to be tried in mainland Chinese courts. (AP Photo/Vincent Yu)

But Lam appeared undeterred even as she was asked by reporters whether she will quit. She said the government would study the matter further, for the “greatest interest of Hong Kong.”

She did apologize for what she called failures in her government’s work to convince and reassure the public but reiterated that the bill won’t be scrapped, insisting that it’s needed to address various deficiencies in Hong Kong’s law. “Give us another chance,” she said.