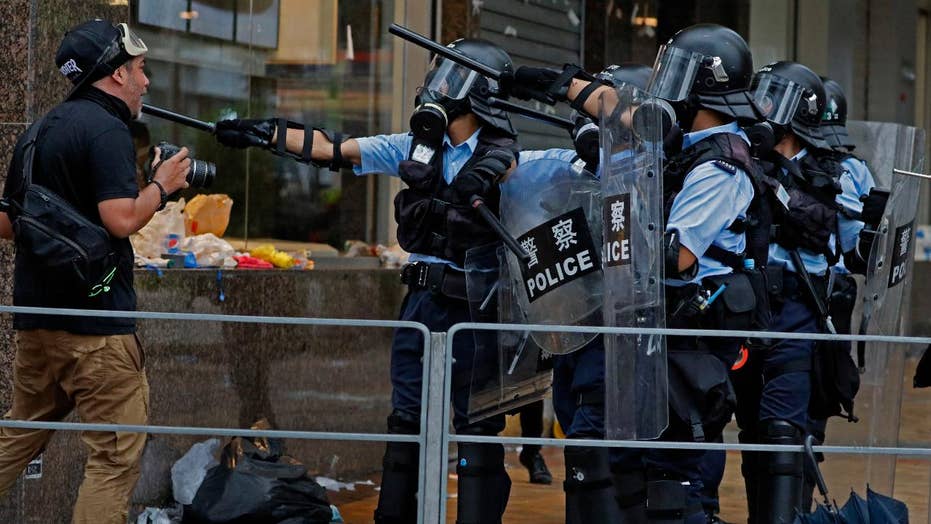 Over the last several days, more than a million Hong Kong residents have flooded the streets and demonstrated against a proposed law that would let the semi-independent government there turn residents accused of crimes in mainland China over to communist authorities in Beijing.

Proponents of the law claim it would prevent serious criminals hiding in Hong Kong from evading justice. But many others (myself included) see the law as a way for the Chinese Communist Party to further limit Hong Kong’s already shrinking autonomy – and silence anti-communist voices in the democratic city.

The protest has reportedly even grown larger than the 2014 umbrella protests – in which hundreds of thousands in Hong Kong petitioned to be able to elect their own leadership. (These demonstrations ultimately failed. The chief executive of Hong Kong is nominated by a roughly 1,200-member election committee and appointed by a Beijing-controlled state council.)

In response to the current protests, Hong Kong police fired pepper spray, rubber bullets, and tear gas into the crowds. They have beaten countless unarmed civilians with clubs and arrested demonstrators. Hong Kong’s legislature has postponed a discussion of the proposed law, but its leaders have shown no sign that they would scrap the extradition plan altogether.

In fact, The New York Times reported that Hong Kong’s chief executive, Carrie Lam, who is an ally of the Chinese Communist Party, “compared the protesters to spoiled children and vowed to keep fighting for the extradition law.”

For those who haven’t studied this historically important, dynamic city, Hong Kong was a former British colony, which had a democratic system (and for a short time, a limited movement toward suffrage had begun). This did not last. Hong Kong was turned back over to China in 1997, but it maintained partial independence from the ruling Chinese Communist Party. According to the city’s constitution, it will maintain its semi-independence until 2047, but China’s leaders have been working to speed up this timeline.

Afterall, Hong Kong is a bastion of relative freedom and democracy sitting right off the coast of a communist, totalitarian dictatorship. There, the internet isn’t censored, the press is relatively free, and businesses aren’t controlled by the state. The Chinese Communist Party does not appreciate Hong Kong’s press (which criticizes China’s leadership), nor does it appreciate its hundreds of thousands – if not millions – of pro-democracy residents (who represent a mortal threat to communism).

The response to these protests shows how much control the Chinese Communist Party already wields in Hong Kong. It also reminds us that General Secretary Xi Jinping is willing to take aggressive steps to stamp out dissent and further consolidate power under the Chinese Communist Party. This is a key part of Xi and the Chinese system that the West has simply misunderstood. (I discussed this further in a recent episode of my Newt’s World podcast).

Those in Hong Kong who are fighting the extradition law do so for very good reason. Within mainland China, Xi has been aggressive about censoring the internet, jailing journalists who aggravate the Party – and in fact arresting virtually anyone who isn’t totally loyal. I have been researching Xi’s consolidation of power for my new book Trump vs. China: America’s Greatest Challenge, which comes out in October.

Like many totalitarians, Xi has also instituted a so-called anti-corruption campaign. In the short term, this will likely help Xi secure a great deal of power. However, in the long run, I suspect it will create serious problems.

An anti-corruption campaign is not the same as a pro-honesty campaign. Coercive anti-corruption efforts imposed by a totalitarian system will prove destructive. Xi’s coercive police state campaign teaches people to lie and tell the Chinese Communist Party (which is the government) whatever party leaders want to hear.

This (along with many aspects of modern China) mirrors George Orwell’s 1984 – only with modern technology and surveillance capabilities that seem to be beyond even Orwell’s imagination. In this system, truth is erased by fear. Loyalty becomes something that must be proven daily – with every thought, word, and deed. Mark my words: It will end badly.

This is really what the people of Hong Kong are resisting. They see tyranny on their doorsteps.