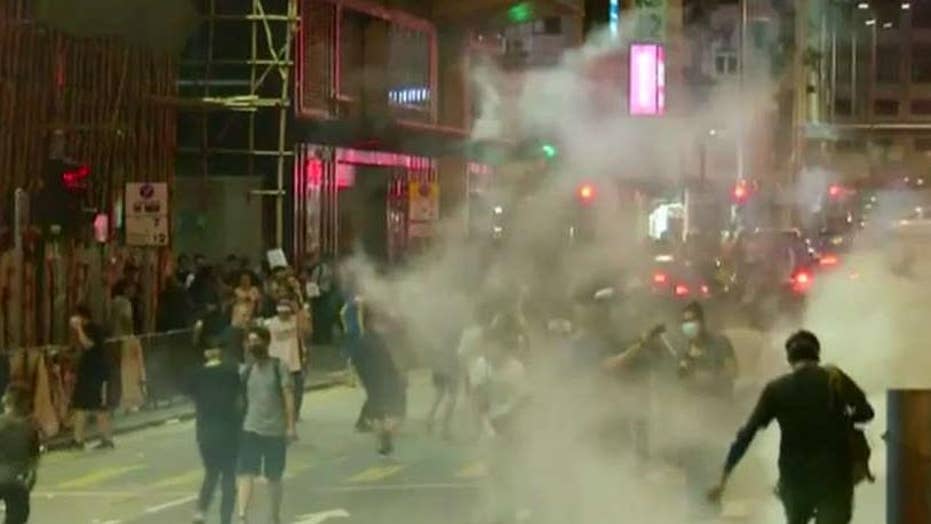 Concerns grow that Beijing might militarily intervene in the Hong Kong protests.

British officials are “extremely concerned” after a consulate employee in Hong Kong disappeared several days ago after making a business trip to mainland China, where he was reportedly detained.

Simon Cheng Man-kit, 28, was reportedly detained after attempting to return to Hong Kong after he was last seen attending a business event in Shenzhen on Aug. 8, the Foreign and Commonwealth Office said in a statement.

It was unclear if Cheng, who worked as a trade and investment officer with the Scottish Development International section of the consulate, had a diplomatic passport, but detaining any person or staff member from a foreign consulate is considered extremely unorthodox.

In this Sunday, July 7, 2019, photo, thousands of protesters carrying the British flag march near the harbor of Hong Kong. Hong Kong police on Tuesday confirmed it had received a report on Aug. 9, 2019, about a British foreign ministry employee who has been missing since crossing into China on a business trip. (AP)

"We are extremely concerned by reports that a member of our team has been detained returning to Hong Kong from Shenzhen," said the statement, which was forwarded by the British Embassy in Beijing. "We are providing support to his family and seeking further information from authorities in Guangdong Province and Hong Kong."

While British officials, including the Scottish government, which said it was “concerned for Mr. Cheng’s welfare,” have acknowledged the disappearance, officials in China and Hong Kong are at odds over knowledge of the man’s status.

NEWT GINGRICH: US MUST STAND WITH PEOPLE OF HONG KONG FIGHTING FOR FREEDOM

Chinese Foreign Ministry spokesman Geng Shuang said Tuesday that he was “not aware of that,” when asked about Cheng’s apparent detainment.

But Hong Kong police said officers were looking into the case after receiving a missing persons report on Aug. 9, adding that they could not disclose more details because of personal data protection rules. 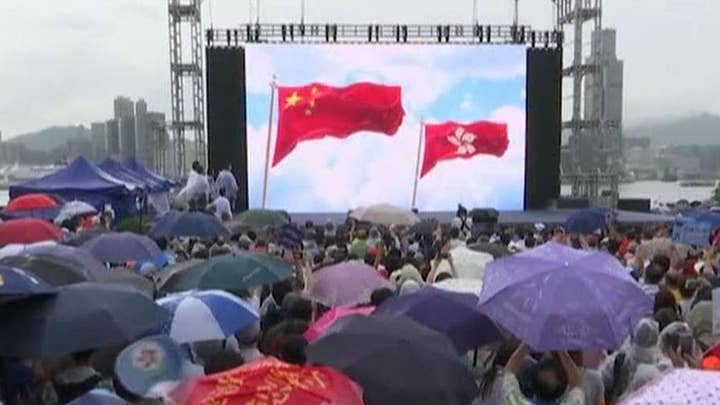 However, Chief Superintendent Tse Chun-chung disputed those claims saying that Hong Kong police haven't been notified about the case by mainland Chinese authorities under a mutual notification arrangement set up for such cases.

Cheng, a permanent resident in Hong Kong, reportedly texted his girlfriend to “pray for me” as he was “passing through” Chinese immigration shortly before his disappearance, The Washington Post reported.

The official’s disappearance comes amid weeks of heated protest between mainland China and Hong Kong over a bitter dispute involving political reform and police brutality.

Meanwhile, hundreds of members of the People's Armed Police, as well as paramilitary vehicles, have been photographed across the border at a Shenzhen soccer stadium. The stadium is just across a bridge that is one of the main access roads between the mainland and Hong Kong.

Hong Kong was a British colony until it was returned to Chinese rule in 1997.