Secretary of State Mike Pompeo says the international community condemns assault on freedom of navigation and targeting of innocent civilians.

In a news conference Thursday afternoon, Pompeo said: “This assessment is based on intelligence, the weapons used, the level of expertise needed to execute the operation, recent similar Iranian attacks on shipping, and the fact that no proxy group operating in the area has the resources and proficiency to act with such a high degree of sophistication.”

His comments came shortly after a senior U.S. defense official told Fox News the U.S. Navy saw an unexploded mine attached to the hull of the Panama-listed, Japanese-owned Kokuka Courageous ship, one of the two ships attacked. It's the same type of mine used to damage four oil tankers last month in the same area - an attack senior Pentagon officials blamed on Iran.

In a series of tweets, acting Defense Secretary Patrick Shanahan praised Navy efforts to rescue those on the Panamanian vessel and called Iran's "unprovoked attacks" a threat to international security and peace.

"Iran’s continued unprovoked attacks in the region are a threat to international security and peace and an assault against freedom of navigation on the open seas," Shanahan posted.

Shanahan also reiterated that the U.S. was not looking for armed conflict but "will defend our forces and our interests around the world."

In a news release, Iran's U.N. Mission said the nation rejected claims that it was responsible for the incidents.

"Iran stands ready to play an active and constructive role in ensuring the security of strategic maritime passages as well as promoting peace, stability and security in the region," the statement said.

The secretive regime also countered arguments made by American officials that its behavior continued to be a source of instability in the Persian Gulf. It said the "U.S. and its regional allies must stop warmongering and put an end to the mischievous plots as well as false flag operations."

A spokesman for Taiwan's CPC Corp oil refiner, which chartered the other boat attacked on Thursday morning, the Front Altair, said it was "suspected of being hit by a torpedo", although it had not been confirmed. 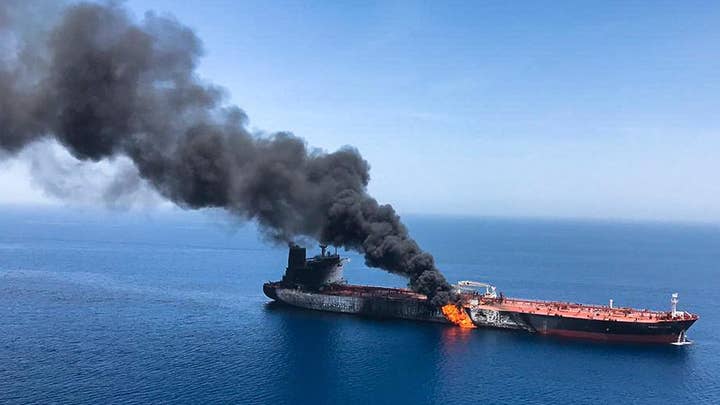 Whether it be a torpedo or mines, Jakob P. Larsen, head of maritime security for the international shipping association BIMCO, told the Associated Press that the incident brings the region closer to an armed conflict.

“The shipping industry views this as an escalation of the situation, and we are just about as close to a conflict without there being an actual armed conflict, so the tensions are very high,” he said.

“The shipping industry views this as an escalation of the situation, and we are just about as close to a conflict without there being an actual armed conflict, so the tensions are very high.”

But U.S. officials have repeatedly warned that the Iranian regime is posing a credible threat in the Middle East, prompting the Trump administration to beef up security in the region in the form of additional bombers and troops.

Gen. Frank McKenzie, the head of American forces in the Middle East, warned during a recent trip to the region of an unspecified “imminent” threat from Iran.

GEN. KEANE: SUSPECTED ATTACK ON OIL TANKERS INTENDED TO 'PUT PRESSURE' ON US TO 'EASE OFF' IRAN SANCTIONS

Back in May, the U.S. military was put on alert after reports that Iranian forces loaded missiles into launchers on two Iranian commercial boats sailing around the Persian Gulf, according to the Wall Street Journal. For two weeks, the U.S. shadowed the ships as tensions continued to rise, according to the report. The ships eventually came back to a harbor and unloaded the rockets, Iranian officials said

“The best way to describe them is a covert, deniable first-strike weapon. The conversion of a merchant ship for an attack in and of itself is a very provocative act.”

— U.S. official familiar with the intelligence

“The best way to describe them is a covert, deniable first-strike weapon,” a U.S. official familiar with the intelligence told the newspaper. “The conversion of a merchant ship for an attack in and of itself is a very provocative act.”

Zarif fired back against criticism at the time, saying that the regime had the right to self-defense. “We have a right to defend ourselves, so if we put missiles on our boats, it is our right,” he told ABC News on Sunday. 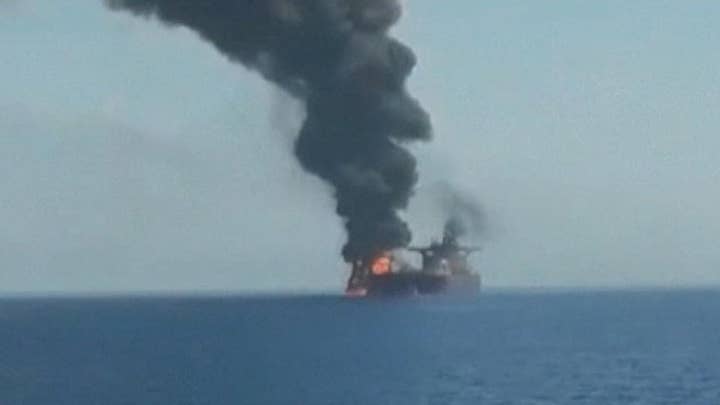 The MT Front Altair, a Marshall Islands-flagged but Norwegian-owned crude oil tanker was carrying naphtha, a flammable petrochemical product, to Japan. The Front Altair came from Ruwais in the UAE, a loading point for the state-run Abu Dhabi National Oil Co.

International Tanker Management, which operates the MT Front Altair, said an explosion had caused a fire onboard. The firm told the Associated Press the incident is still being investigated and it was unclear what caused the explosion. Its 23 crew members were evacuated by the nearby South Korean-based Hyundai Dubai Vessel and are now safe, the firm said.

The other tanker, the Kokuka Courageous, said it sustained hull damage and 21 sailors had been evacuated, with one suffering minor injuries.

The vessel came from Mesaieed, Qatar, and Jubail, Saudi Arabia, carrying methanol, a chemical compound used in a variety of products. 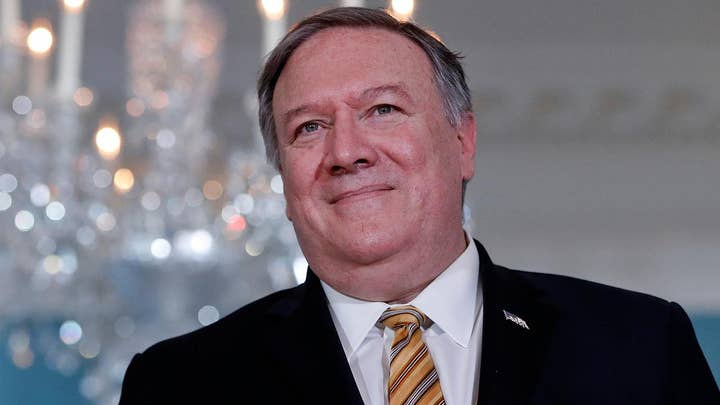 The tensions between the U.S. and Iran have reached a fever pitch and the diplomatic efforts to defuse the situation tend to hit a wall. Japanese Prime Minister Shinzo Abe is visiting Iran this week and is expected to try to de-escalate tensions between Tehran and Washington, though any significant breakthrough is unlikely.

An oil tanker is on fire in the sea of Oman, Thursday, June 13, 2019. Two oil tankers near the strategic Strait of Hormuz were reportedly attacked on Thursday, an assault that left one ablaze and adrift as sailors were evacuated from both vessels and the U.S. Navy rushed to assist amid heightened tensions between Washington and Tehran. (AP Photo/ISNA)

The U.S. was put on alert amid intelligence reports that indicated that Iran-backed militias in Iraq are moving the missiles close to American bases. This prompted the U.S. to order all non-essential personnel to leave the U.S. Embassy and consulate in Iraq.

President Trump, meanwhile, sent an aircraft carrier and B-52 bombers to the region, along with hundreds more troops to back up the tens of thousands already deployed in the region.

In the midst of this, Iran is also threatening to withdraw from the 2015 nuclear accord and resume enriching uranium closer to weapons-grade level on July 7 if European allies fail to offer new terms for the nuclear deal.

Ilan Goldenberg, Middle East Security Director at CNAS (Center for a New American Security), a defense and national security think tank, tweeted Thursday: "I’ve been saying for the past month that threat of war with Iran is overhyped. Not after today. We should be concerned."