Retired Gen. Jack Keane says Iranians are attempting to put pressure on the U.S. to ease up on economic sanctions.

Retired four-star general Jack Keane said Thursday two oil tankers were damaged in a suspected attack in the Gulf of Oman off the coast of Iran because Iranians want the United States to "ease off" on sanctions imposed on the country.

"The Iranians are trying to put pressure on the U.S. allies and the international community for the U.S. to ease off on the economic sanctions that we have imposed on Iran," the Fox News senior strategic analyst said.

Keane, who is also chairman of the board for the Institute for the Study of War, made the statements on “America’s Newsroom” hours after the suspected attacks early Thursday, adding that the sanctions “are clearly biting and having significant adverse impacts” on Iran.

“They want pressure put on the United States, saying the United States is really causing this crisis through their sanctions,” Keane added. “Get them to ease off. ... That's the hand they're trying to play here.”

The U.S. Navy and the ship’s owners believe the ships had been targeted in an attack but offered no immediate explanation as to what weapon caused the damage. The MT Front Altair, a Marshall Islands-flagged but Norwegian-owned crude oil tanker, was carrying a petrochemical product to Japan and the Panama-flagged, Japanese-owned Kokuka Courageous, was reportedly carrying methanol. 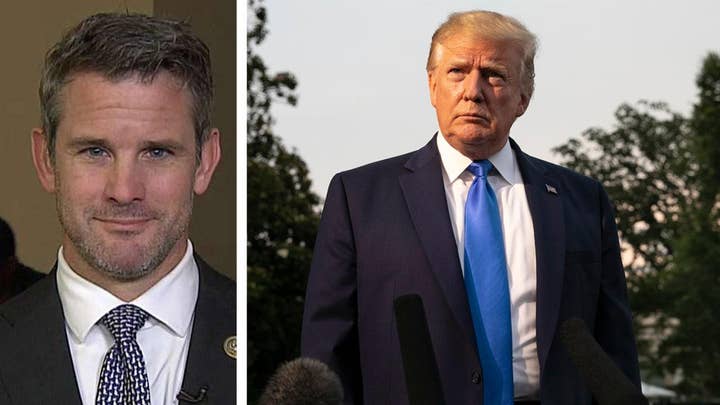 The Kokuka Courageous sustained damage on its hull starboard side. Twenty-one sailors were evacuated, and one was slightly injured.

International Tanker Management, which operates the MT Front Altair said an explosion had caused a fire onboard and its 23 crew members were evacuated and are now safe.

A 5th Fleet spokesman said the two vessels were hit in a “reported attack” but did not say who was suspected of being behind the assault.

“These sanctions that President Trump and his national security team are imposing are the worst sanctions that have ever been imposed on Iran given also 39 years of terrible, malign behavior,” Keane said on Thursday.

“Their currency is devalued, inflation is 37 percent. Unemployment is rising. Food shortages. Power outages. Civil unrest growing. I think what's happening here from a U.S. perspective is they'll take a look at this and make a judgment whether we have to begin escorting tankers through the Strait of Hormuz to protect them.”

The Strait of Hormuz is a strategic route through which 20 percent of global oil consumption passes from Middle East producers. Oil prices rose by about 4 percent in the wake of the latest incidents, while the tanker association INTERTANKO said that there were growing worries for the safety of ships sailing through the strait.

Thursday's incident comes a month after the U.S. accused Iran of attacking ships off the coast of United Arab Emirates. The UAE told the U.N. Security Council a "state actor" was most likely behind the attacks but stopped short of blaming Iran. Iran denied being involved, but the incidents came as Iranian-backed rebels in Yemen also launched missile and drone attacks on Saudi Arabia, including on oil infrastructure.

The timing of Thursday's incident was especially sensitive as Japanese Prime Minister Shinzo Abe was visiting Iran as an interlocutor for President Donald Trump to ease tensions between Washington and Tehran.

During the meeting, Khamenei warned that while Tehran doesn’t seek nuclear weapons, “America could not do anything” to stop Iran if the country did.

Iran pledged not to continue work on atomic weapons under the 2015 nuclear deal. The United Nations’ nuclear watchdog has said that Iran continues to comply with that agreement, which the U.S. pulled out of last year, calling it fatally flawed.

The Trump administration has re-imposed U.S. sanctions that were eased under the terms of the agreement and is continuing to impose new ones as part of a pressure campaign to force Iran to agree to renegotiate the agreement.

When asked what it will take for “that theocratic hard line terroristic regime to change” Keane answered, “More pressure. It’s got to bite more on them.”

“They haven't changed their malign aggressive behavior,” he continued. “A couple of things have happened. There’s less resources that they’re providing to the proxies and it's their proxies who are propping up Lebanon, running a war in Syria, the civil war, running the war in Yemen as well. So that already is a significant improvement over where we are.”