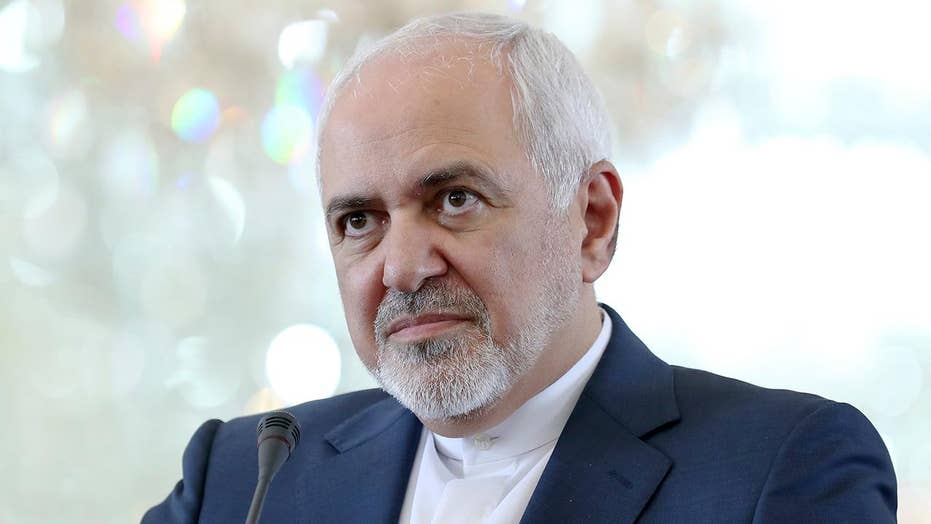 An otherwise standard press conference in Tehran got turned up a notch on Monday when a German reporter hit Iranian Foreign Minister Javad Zarif with a somewhat surprising question.

“Why are homosexuals executed in Iran because of their sexual orientation?” asked Paul Ronzheimer, the Berlin-based chief correspondent for the tabloid Bild.

Zarif, who conducted the press conference alongside his visiting German counterpart, Heiko Maas, responded that his “society has principles.”

“And we live according to these principles. These are moral principles concerning the behavior of people in general,” he continued. “And that means that the law is respected and the law is obeyed.”

According to Germany’s public broadcaster ZDF, Ronzheimer's question sparked a notable fracas among other Iranian officials and press in the room and came as a jolt to the top Tehran official. The question along with Zarif’s answer was subsequently edited out of a news release issued by the Ministry following the German official's stopover.

The Washington Post reported that Ronzheimer's American boyfriend, who is based in Berlin, had helped the reporter craft the question in English ahead of the confrontation.

Zarif’s defense of his country’s execution policy for gays has attracted the ire of the U.S. ambassador to Germany, Richard Grenell, who told the German Press Agency that the “Iranian regime has violated the basic principles of the United Nations.”

Homosexuality is currently outlawed in Iran and the court system is known to use accusations of male rape and gay sex to trigger death penalty sentences, despite protests from human rights activists who claim that suspicions over one’s sexuality or even an attempt to intimidate or embarrass a heterosexual person are often the real reason they are arrested and charged.

While there are no official statistics, many officials contend that thousands have been executed for their sexuality since the 1979 revolution.

Both men, women, and juveniles are also issued lashes or life imprisonment for convictions of homosexual offenses.

A similar confrontation to Monday's unfolded in 2007 at Columbia University in New York City when then-Iranian President Mahmoud Ahmadinejad made a controversial appearance at the Ivy League school during the United Nations General Assembly.

“In Iran, we don’t have homosexuals like in your country,” Ahmadinejad said at the time.

Iran is just one of 73 countries where homosexuality is criminalized, and one of eight nations – alongside Afghanistan, Brunei, Mauritania, Sudan, Nigeria, Yemen, Saudi Arabia, Qatar, and Somalia – where it is classified as an offense punishable by death.