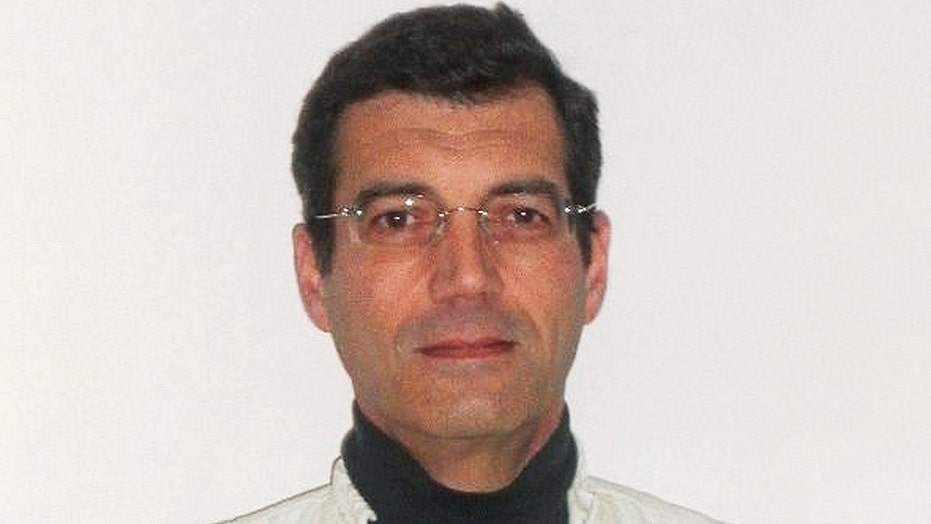 A man seized in Scotland was not the notorious fugitive Frenchman wanted for killing his wife and four children eight years ago, according to reports Saturday.

The arrest Friday of the man suspected to be the fugitive Xavier Dupont de Ligonnes was being called a case of mistaken identity. The arrest happened at Glasgow Airport.

A French police spokesman told The Associated Press that French and Scottish investigators determined Saturday that the fingerprints of the man detained weren’t a match for de Ligonnes.

A picture taken on April 23, 2011 in the French city of Nantes shows messages and flowers left by local people on a metal barrier placed outside Dupont de Ligonnes' family home. (JEAN-SEBASTIEN EVRARD/AFP/Getty Images)

DNA also ruled out a match, according to Reuters.

“DNA checks have shown that the man arrested in Glasgow is not Xavier Dupont de Ligonnes,” the police source told Reuters, confirming a French TV report.

A picture made available on April 23, 2011, shows the suspect in the murder of his family, Xavier Dupont de Ligonnes, on the registration form of his rifle club where he had carried out shooting practice in the French western city of Nantes. (AFP/Getty Images)

The de Ligonnes family disappeared in April 2011. Police later discovered five bodies with gunshot wounds buried outside their home in the western city of Nantes.

The bodies were those of Agnès Dupont de Ligonnes and her four children: Arthur, 21, Thomas, 18, Anne, 16, and Benoît, 13. They were found buried with the family’s two Labrador dogs, Agence France-Presse reported.

They had all been shot execution-style, according to the news outlet.

Xavier Dupont de Ligonnes was the only family member never found and became the chief suspect. French police have been searching for him ever since.

Investigators learned de Ligonnes had purchased cement, digging tools and four bags of lime in the days before the killings, AFP reported.

Six days before the bodies were discovered, de Ligonnes spotted in a small town on the Côte d’Azur where he had stayed in a budget hotel.

It was the last confirmed sighting.