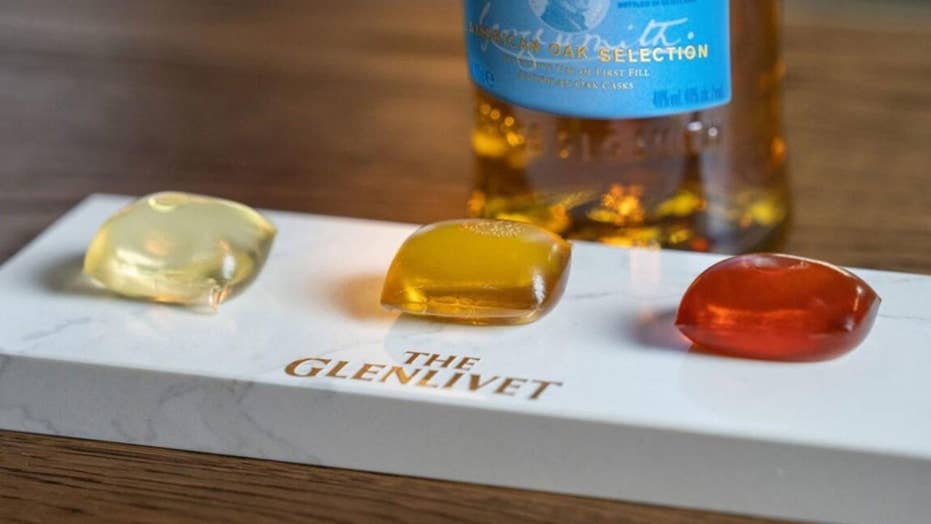 You know how the worst part of drinking is having to be responsible enough to hold a glass? Well, Scotland-based distillery The Glenlivet, which produces single malt Scotch whiskey, has solved this problem with its newest product: the "whisky cocktail pod."

The iceless, stirless and glassless Capsule Collection was unveiled recently during London Cocktail Week, somewhat to the ire of Twitter.

WHISKEY VS. WHISKY — WHAT’S THE DIFFERENCE?

“As a brand that celebrates originality, we are always looking to break the conventions that have determined how single malt Scotch has historically been enjoyed. The Glenlivet Capsule Collection does exactly that, and we’re excited to see how people react when they try our glassless cocktails,” Miriam Eceolaza, director of The Glenlivet, said in a press release.

The capsule, which is described as the first of its kind for a spirit brand, is made of an edible, biodegradable seaweed-based material, and filled with 23 milliliters  (.77 fluid ounces) of scotch. According to the press release, “the capsules are popped in the mouth for an instant burst of flavor, and the capsule is simply swallowed.”

“When The Glenlivet approached us to create single malt whisky cocktails, we knew it was going to be an exciting partnership. At Notpla we want to create original solutions for how to serve and consume drinks, and The Glenlivet is a brand that is looking to do just the same” added Rodrigo Garcia Gonzalez, Co-Founder and Co-CEO of Notpla, a sustainable packaging start-up which partnered with Glenlivet, along with the Tayer + Elementary brand.

The shot-of-the-future doesn’t seem to be going over as well on Twitter, which has referred to the latest invention as something “no one asked for,” and, aptly, likened it to Tide Pods — but for whiskey, and not as colorful.

Though some on Twitter took time to share helpful tips of when the pods could be most useful.

However, there will be no savoring this launch, as the pods will only be available in London during the city’s cocktail week, Oct. 4 – 13.