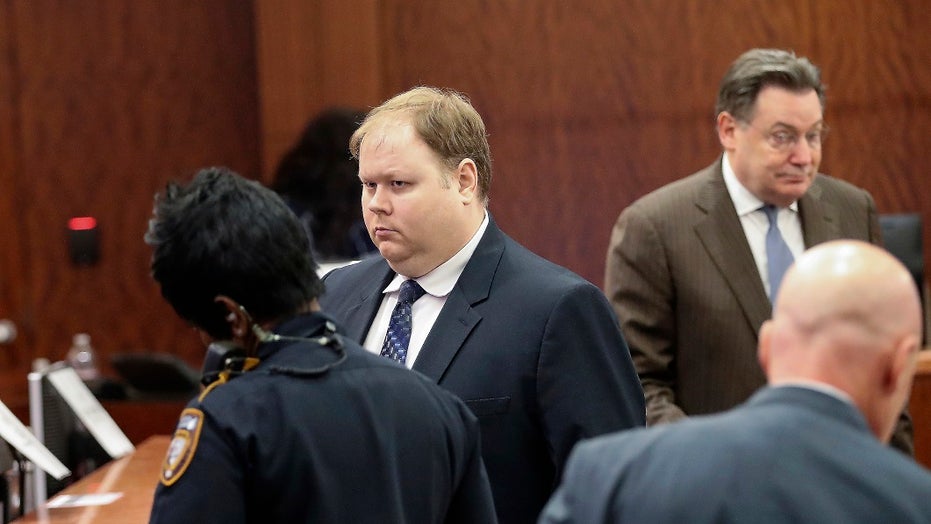 A Texas jury sentenced a man who killed six members of his ex-wife’s family to death Friday after approximately four hours of deliberations.

The same jury convicted Ronald Lee Haskell of capital murder last month, rejecting claims of mental illness by Haskell's lawyers. The defense argued hard for a life sentence during the penalty phase this week, with one saying the 39-year-old Haskell should spend the rest of his life thinking about what he has done and "die in prison."

In Texas, insanity is rarely used as a defense and seldom successful. Haskell's attorneys said his long history of mental illness, in which he was treated by multiple doctors, should be considered by the jury as a mitigating factor in sentencing.

Prosecutors said Haskell had planned to kill anyone who helped his ex-wife Melanie Lyon after she left him. Katie Stay was Melanie’s sister and had traveled from her home in Houston to Melanie’s home in Utah to help her sister leave Haskell.

Lyon testified that after Haskell physically abused her and their children, the couple divorced and she moved to Texas to be with her family. Authorities said Haskell traveled from California and stalked Lyon’s family for two days before murdering all but one member of Lyon’s sister’s family.

Haskell killed Stephen and Katie Stay and their children Zach, 4, Rebecca, 7, Emily, 9, and Bryan, 13. During closing arguments in the punishment phase of Haskell's trial earlier Friday, prosecutor Kaylynn Williford described how Haskell shot 4-year-old Zach in the shoulder — an injury he could have survived — and said the frightened child scurried in the chaos to his father on a couch, burying his head in his father's shoulder for protection.

But by that point, Zach's father was already dead, Williford said.

"He scrambles over to his father, because that's what little boys do," Williford said.

Haskell then went over to Zach, pointed a gun to the back of his head and pulled the trigger, she said.

"How cold and vengeful do you have to be to take the life of a 4-year-old?" Williford said.

Cassidy Stay, the couple’s then-15-year-old daughter, survived the slaughter by pretending to be dead after she was shot in the head. She then called the police to tell them Haskell was on his way to the home of her grandparents and police arrested him before he arrived. Cassidy testified at the trial that she begged her uncle "please don't hurt us" before Haskell opened fire.