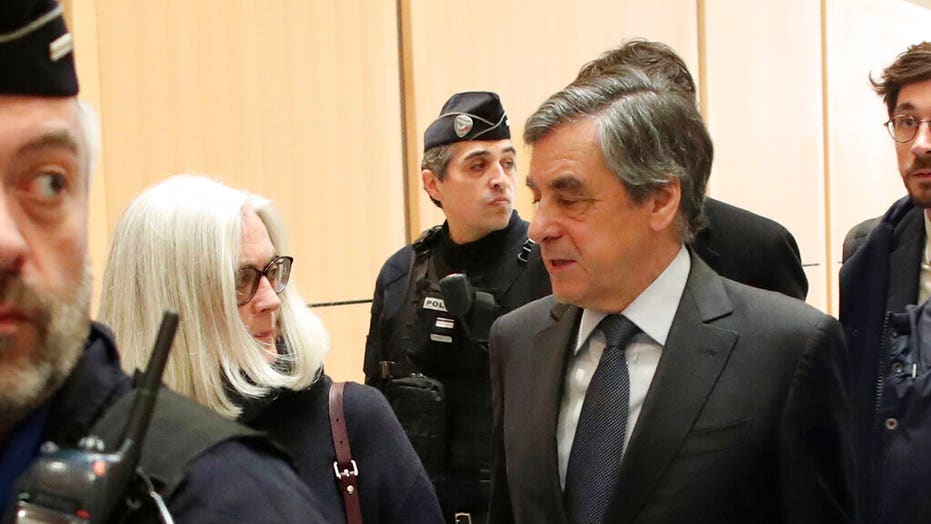 Fillon, 65, is suspected of having given jobs as parliamentary aides, involving no sustained work, to his wife and two of their children from 1998 to 2013. The aide work is estimated to have brought the family more than $1 million.

Fillon, once the front-runner in the 2017 presidential election, has denied wrongdoing. The scandal made headlines just three months before the 2017 vote, crushing the conservative candidate's campaign and allowing centrist candidate Emmanuel Macron to gain momentum.

Fillon is accused of misusing public funds, receiving money from the misuse of public funds and the misappropriation of company assets. He faces up to ten years in prison and a fine equivalent to $1.08 million. His wife, Penelope Fillon, has been charged mostly as an accomplice.

An investigation by judges showed that the wages of the children's alleged jobs, well-paid and declared as full-time aides, were paid to the joint banking account of Francois and Penelope Fillon.

KFC IN PARIS HONORS KIM KARDASHIAN, KANYE WEST VISIT WITH PLAQUE ON KIOSK THEY ORDERED FROM

He continued his presidential campaign despite the judicial investigation, but his image was damaged. Fillon was eliminated from the race after finishing third in the first round, behind Macron and far-right leader Marine le Pen.

Fillon served as prime minister under President Nicolas Sarkozy from 2007 to 2012. He was also a government official under two previous presidents, Francois Mitterrand and Jacques Chirac.

His trial is scheduled to last until March 11.