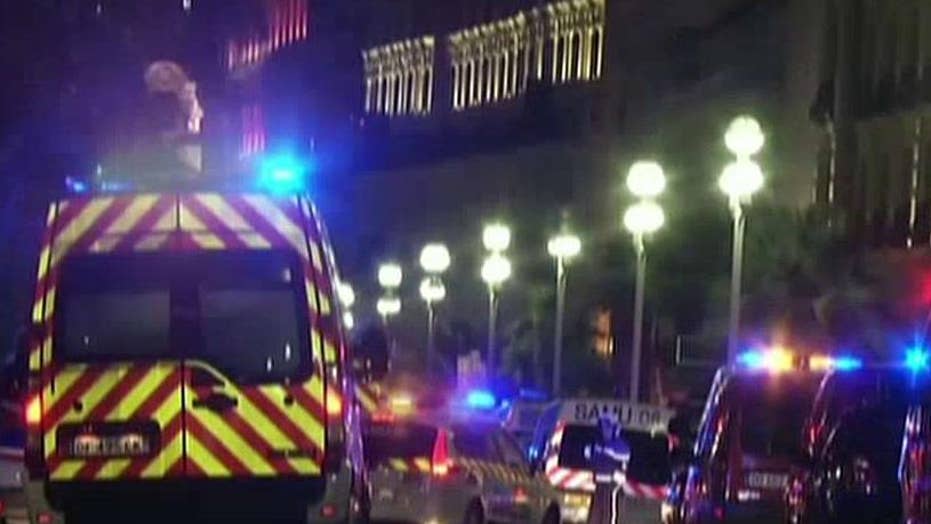 FLASHBACK: Could Bastille Day terror attack have been stopped?

France's counterterrorism prosecutors made a formal request Tuesday for nine suspects to face trial in connection with the 2016 Bastille Day truck attack in Nice that left 86 people dead.

In a statement following the end of a judicial investigation, the Paris-based prosecutors' office did not disclose the identity of the suspects.

Four suspects have been charged with terrorist conspiracy for alleged links to the attacker, Mohamed Lahouaiej Bouhlel, who plowed a 19-ton truck down Nice’s Promenade des Anglais and into a crowd assembled for the July 14 fireworks display.

Authorities investigate a truck after it plowed through Bastille Day revellers in the French resort city of Nice, southern France, on July 14, 2016. France's counterterrorism prosecutors have requested nine suspects to be sent to trial in connection with the attack in Nice that left 86 people dead.<br> (Sasha Goldsmith via AP, File)

Five other suspects have been charged with other criminal charges, including for allegedly providing arms to the assailant. The prosecutor's office said they likely did not have knowledge of what Bouhlel intended to do with them.

One of these five suspects remains at large and is being searched for under a criminal arrest warrant.

The trial, which is set to take place at a special court for terrorist cases in Paris, is not expected before the end of next year.

The Islamic State group had claimed responsibility for the July 14, 2016, attack. French authorities said Bouhlel, a Tunisian with French residency, was inspired by the extremist group’s propaganda, but they say no evidence has been found that IS orchestrated the attack.