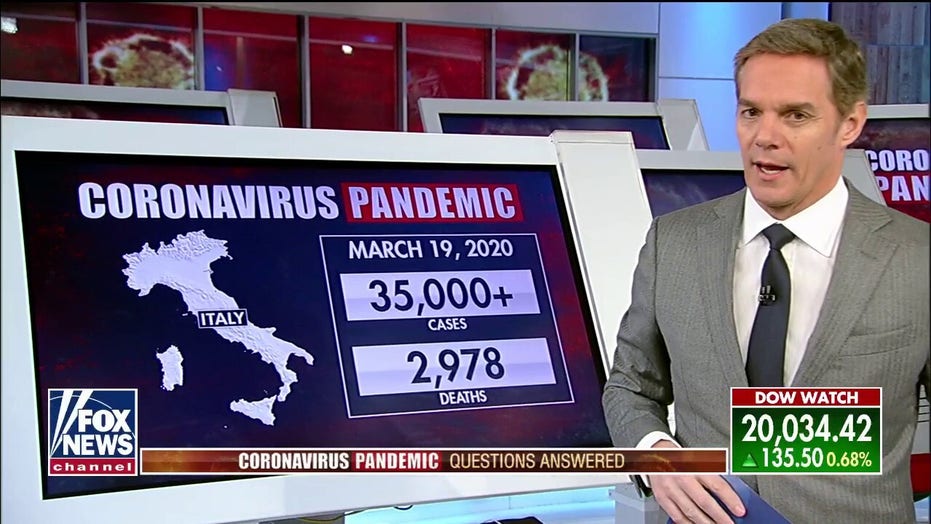 Italy has been at the epicenter of the coronavirus outbreak that has claimed lives around the world and rattled the global economy.

On Thursday, the number of people in Italy who have died from the virus surpassed the number in China, where the disease originated late last year.

According to the latest figures from Johns Hopkins University, there have been 3,405 deaths in Italy – just ahead of China’s 3,130 – resulting from the coronavirus outbreak.

A view of the corridor outside the intensive care unit of the hospital of Brescia, Italy, Thursday, March 19, 2020. (LaPresse via AP)

The crisis has pushed the country’s resources to the brink. On Thursday a convoy of at least 10 military trucks were sent to the northern city of Bergamo – which is the worst-hit by the coronavirus – to transport bodies for cremation.

Desperate for help, some overburdened hospitals have appealed to the online community for financial support. Multiple GoFundMe accounts have appeared online asking for donations to the hospitals.

On Thursday, Stefano Fagiuoli, head of the Department of Medicine at Papa Giovanni Hospital in Bergamo, posted a video on Facebook in which he asked the general public to donate to a GoFundMe account set up by Italian NGO.

The account says the money will go towards purchasing desperately needed medical supplies like ventilators – machines that have are used to help patients in need of breathing. As of Thursday, the account has earned more than three-fourths of its goal of 1 million euro.

A foundation created by celebrity chefs has also created a GoFundMe account to raise money for the Policlinic of Milan. The account has roughly 13 thousand euros of its goal of 2.5 million euro.

Another website, italianonprofit.it, lists multiple fundraising campaigns that have been authorized healthcare facilities to support different hospitals throughout the country.

Health authorities have cited a variety of reasons for Italy’s high toll, key among them is its large population of elderly people who are particularly susceptible to serious complications from the virus. The county has the world’s second-oldest population, and the vast majority of its dead – 87 percent – were over 70.