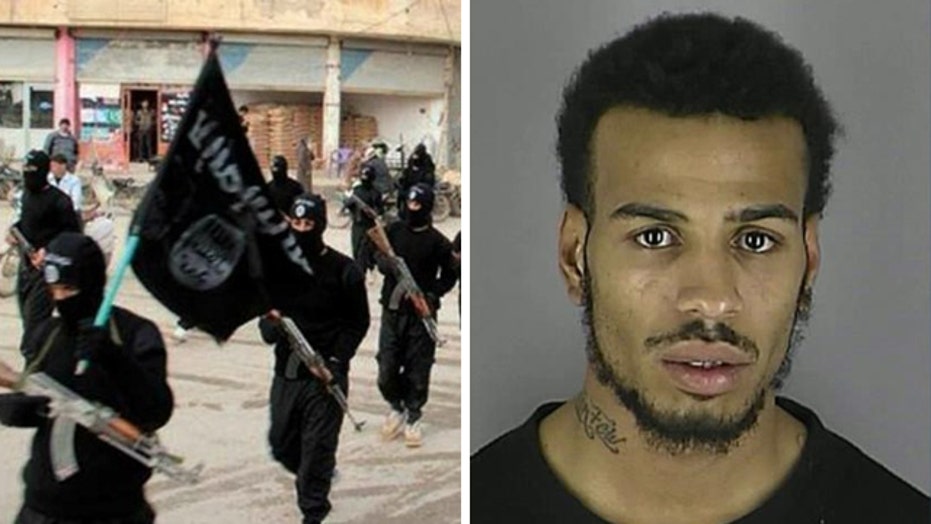 A California man has been killed while reportedly fighting for Islamic State militants in Syria.

Douglas McAuthur McCain, 33, of San Diego, was reported to be among three foreign jihadists with the Islamic extremist group who died over the weekend, NBC News reports.

Photographs of McCain’s passport and of his body, which features a distinctive neck tattoo, were seen by the outlet.

"We were aware of U.S. Citizen Douglas McAuthur McCain's presence in Syria and can confirm his death," an NSC spokesperson said late Tuesday. "We continue to use every tool we possess to disrupt and dissuade individuals from traveling abroad for violent jihad and to track and engage those who return."

The NSC spokesman made no reference to whether McCain was fighting for ISIS.

A woman who identified herself as McCain’s aunt confirmed he had “passed” before referring calls to his mother.

McCain — believed to be among only a small handful of Americans thought to be fighting with Islamic State in Syria — was known as a “goofball” in high school. Former classmates from Robbinsdale Cooper High School in New Hope, Minn., said McCain was “always smiling,” liked basketball and didn’t appear to be overly religious.

“He was a goofball in high school,” one classmate told NBC News. “Doug was a fun guy to be around. Played basketball, joked a lot, had a small sense of humor. Got along with most … Wasn't the best athlete, but liked to play.”

McCain was arrested in Minnesota in 2000 and 2006 on charges of disorderly conduct and obstruction, respectively, but exactly how he became radicalized is unclear. He reportedly “reverted” to Islam sometime in 2004, according to his Twitter profile.

McCain, a frequent traveler, apparently visited Turkey sometime after early April, when he began retweeting English translations of Islamic State speeches. Three people told NBC News that they met McCain — whom they referred to as Duale — three months ago in the Istanbul neighborhood of Sultanahmet.

More recently, McCain, who referred to himself as “Duale ThaslaveofAllah” on Facebook, wrote to an alleged Islamic State fighter on Twitter: “I will be joining you guys soon.”

He later posted: “I’m with the brothers now.” His final Twitter post was one week ago, NBC News reported.