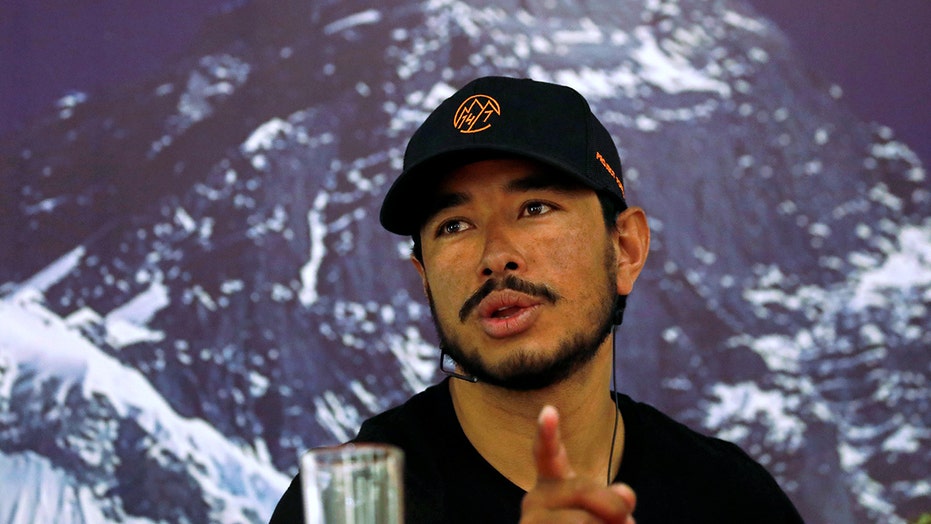 A Nepalese man and former soldier in the British army reached the top of Mount Shishapangma in China on Tuesday, completely obliterating a world record for climbing the world's 14 highest peaks in record time - in his case, just 189 days.

Nirmal Purja, 36, completed the more than 26,000-foot climb this week after first beginning his quest for the world record on April 23 on Mount Annpurna in Nepal.

BODY OF TODDLER, 2, RECOVERED IN INDIA 4 DAYS AFTER FALLING 100 FEET DOWN AN OPEN WELL: REPORTS

Mingma Sherpa of Seven Summit Treks in Kathmandu said that Purja was in good health when he descended from his 14th and final climb.

The previous record was set by South Korean climber Kim Chang-ho in 2013 when he completed the trek in 7 years, 10 months and six days.

"It is a great achievement for mountaineering and mountaineers and a milestone in the history of climbing," Ang Tshering, previous head of the Nepal Mountaineering Association, said.

In China, he scaled Mount Cho You on Sept. 23 and most recently Mount Shishapangma Tuesday.

Purja joined the British army in 2003 and, according to a BBC report, became a Royal Marine in 2009. He quit earlier this year to begin his mission of climbing all the highest peaks in record time.