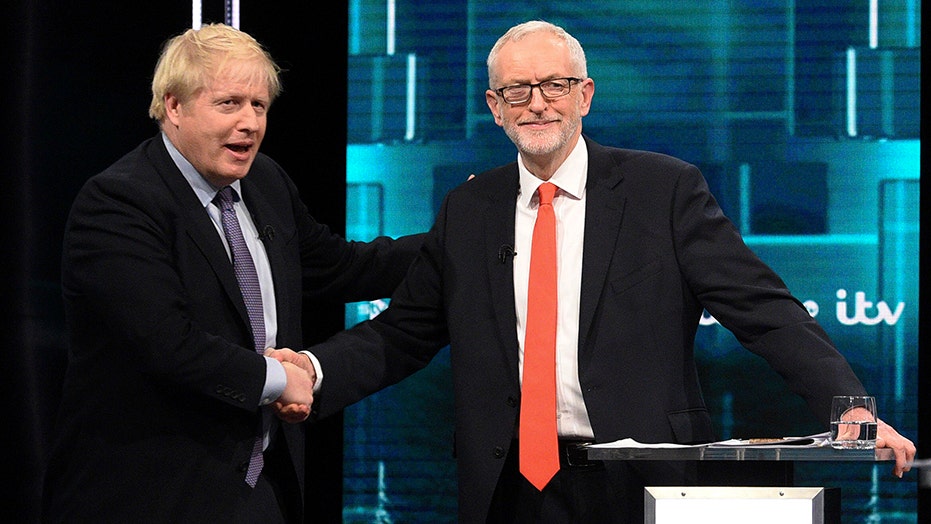 Britain’s Conservative Party was facing criticism Wednesday after one of its Twitter accounts appeared to recast itself as a fact-checking service during a debate between Boris Johnson – the prime minister and its leader – and Labour Party chief Jeremy Corbyn.

The Conservative Campaign Headquarters press office account assumed the name “factcheckUK” on Tuesday night while tweeting out messages that ripped Corbyn and supported Johnson. As of Wednesday, the verified account switched back to its “CCHQ Press” name and displayed a banner image of Johnson next to the phrases “Get Brexit Done” and “Unleash Britain’s Potential”.

“Twitter should ban @CCHQPress from their site,” David Lammy, a Labour Party member, tweeted Wednesday. “It's not a fact check service, it's a disinformation machine that would make Vladimir Putin blush.”

But British Foreign Secretary Dominic Raab defended the move, telling Sky News that “CCHQ” was still visible on the account’s handle during the name change.

"It's an instant rebuttal mechanism to make sure that, frankly, constant lies spread around about the 'rotten old Tories' can be rebutted in a factual way,” he said.

“We're not going to sit there and be a punchbag for the nonsense that's put around by the left and goes unchallenged,” Raab added.

In this photo issued by ITV, Jeremy Corbyn, right, and Boris Johnson, during the election head-to-head debate live on TV, in Salford, Manchester, England, on Tuesday. (AP/ITV)

A Twitter spokesperson told Sky News on Wednesday that "any further attempts to mislead people by editing verified profile information – in a manner seen during the U.K. election debate – will result in decisive corrective action" but they did not elaborate on what that action could be.

Johnson and Corbyn attacked each other’s policies on Brexit, health care and the economy in Tuesday's debate — the first-ever television showdown between a British prime minister and a chief challenger.

Speaking in front of a live audience at the studios of broadcaster ITV in Salford, in northwest England, the two men traded blows over Britain’s stalled departure from the European Union — the reason an election on Dec. 12 is being held. The U.K. is due to leave the bloc on Jan. 31 after failing to meet the Oct. 31 deadline to approve a divorce deal.

Johnson pushed to hold the election more than two years ahead of schedule in an effort to win a majority in the House of Commons that could pass his departure agreement with the EU. He blamed the opposition for “dither and delay, deadlock and division” and said a Conservative government would “end this national misery” and “break the deadlock.”

Corbyn said a Labour government would also settle the Brexit question by negotiating a new divorce deal before holding a new EU membership referendum within six months. A lifelong critic of the EU and lukewarm advocate of Britain’s membership in the bloc, Corbyn did not answer when asked repeatedly by Johnson whether he would support leaving or remaining in a new referendum.

The Labour leader, meanwhile, slammed Johnson’s claim that he would negotiate a new trade deal with the EU by the end of 2020 as a fantasy, saying such deals usually take years to complete.

All 650 seats in the House of Commons are up for grabs in the election. Smaller parties in the race include the pro-EU Liberal Democrats, who want to cancel Brexit; the Scottish National Party, which seeks Scotland’s independence from the U.K.; the anti-EU Brexit Party led by Nigel Farage; and the environmentalist Greens.

Later in the campaign, the leaders of smaller parties will take part alongside Labour and the Conservatives in two seven-way debates, and Corbyn and Johnson are due to square off again in a BBC debate on Dec. 6.