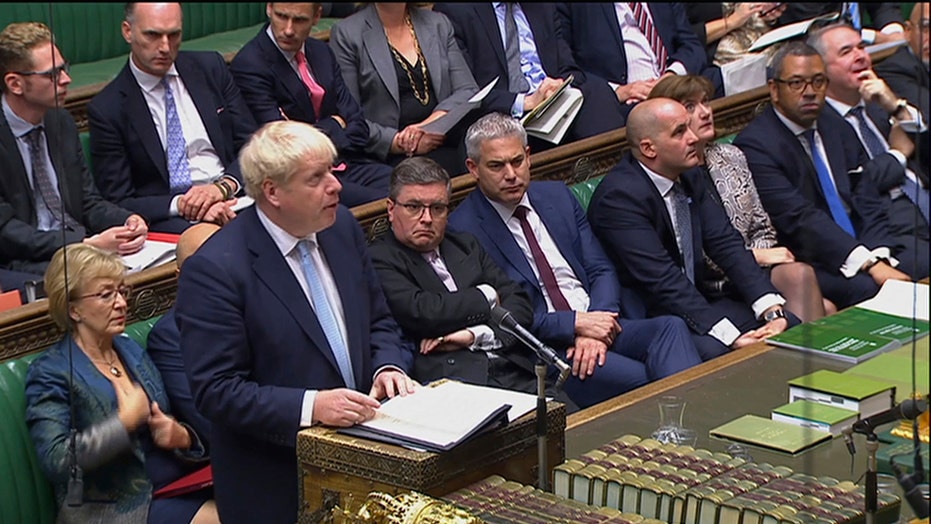 British lawmakers voted overwhelmingly to hold a December election, in hopes that a switch-up in Parliament will either kill or bring to fruition a final vote on leaving the European Union after the E.U. just extended the Brexit deadline to Jan. 31.

The Labour Party and Prime Minister Boris Johnson’s Conservatives were in agreement on a December election. The House of Commons voted 428-20, with dozens of lawmakers abstaining, for a bill authorizing the election on Dec. 12.

Labour leader Jeremy Corbyn announced his party would back the call for an election after he said the possibility of Britain leaving the E.U. in October without a formal agreement was “off the table.” Johnson has been calling for a general election for months. This, after it became clear that without a majority in the House of Commons, a Brexit deal would remain at a stalemate.

Johnson, however, is gambling that an election will give his Conservative party the majority it needs to finally pass his plan for Britain to leave the European Union. He has accused his opponents of wanting to prolong the process “until the 12th of never.”

"If I win a majority in this election, we will ratify the great new deal that I have negotiated, get Brexit done in January and the country will move on," Johnson said. He told lawmakers in Parliament that they must “go to the country to break free from this impasse.”

Johnson had tried to reach an agreement on an election three times before, but it wasn’t until Tuesday that the Labour party switched its position. Corbyn attributed this to confirmation that a no-deal Brexit was “off the table.”

The Oct. 31 no-deal deadline was killed off last week after Johnson’s withdrawal agreement was rejected by Parliament, forcing him to request a further delay from E.U. leaders. European Council President Donald Tusk tweeted Tuesday that the EU had formally approved the extension. “It may be the last one. Please make the best use of time,” he added.

Johnson took office in July vowing to "get Brexit done" after his predecessor, Theresa May, resigned in defeat. But the Conservative leader, who said just weeks ago that he would "rather be dead in a ditch" than postpone the Oct. 31 Brexit date, was forced by Parliament to seek the extension in order to avoid a no-deal Brexit, which would damage the economies of both Britain and the EU.

Results of the impending election are hard to predict. Opinion polls currently give Johnson’s Conservatives a lead over Labour, but there is a strong chance an election could produce a Parliament as divided as divided over Brexit as the current one. Nigel Farage’s Brexit party could also jeopardize the lead of Johnson’s Tories by splitting the pro-Brexit vote. At the same time, the Labour party faces a threat from the anti-Brexit and left-of-center Liberal Democrats.

Conservatives could also be weary of facing the same fate as when May called for an early election in 2017 to try to boost Conservative majority and push through Brexit. The party ended up losing its majority in Parliament and failing to pass Brexit measures.

Voters in general are fed up with politicians from all sides after more than three years of Brexit drama, and all the parties are worried about a backlash from grumpy voters asked to go to the polls at the darkest, coldest time of the year.