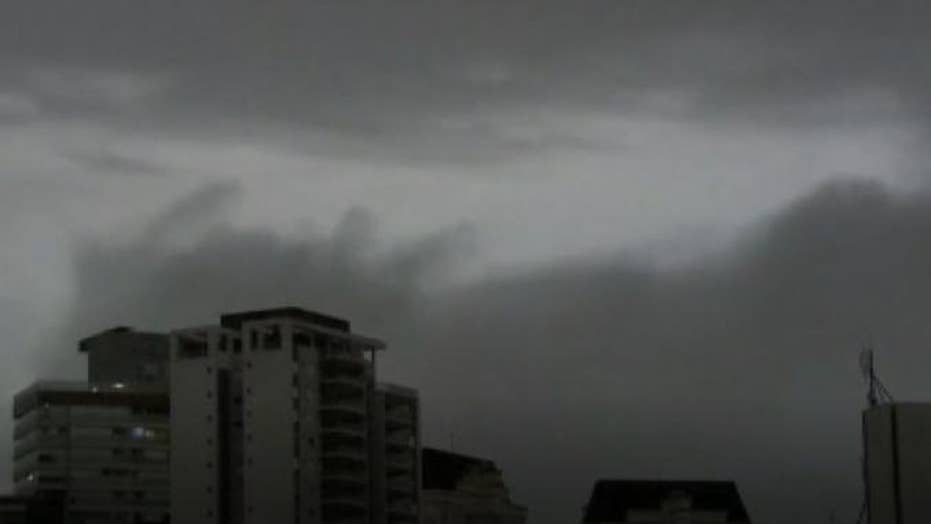 Wildfires in the Amazon region darkened the skies in Sao Paulo

Amazon wildfires darkened the skies in Sao Paulo, Brazil as the blaze rages on.

The largest city in Brazil was plunged into darkness in the middle of the day on Monday after billowing smoke from ongoing wildfires in the Amazon region combined with a weather pattern, creating an ominous, dark blanket over the metropolis.

The thick, black clouds moved over Sao Paulo around 3 p.m. and stayed over the area for more than an hour.

Officials from Brazil's National Institute of Meteorology, known as Inment, said the phenomenon was due to the combination of several factors: a cold front, humid air, heavy clouds, and winds bringing particulate matter from ongoing wildfires in Paraguay and Bolivia.

"The darkening of the sky was quite intense," Inmet meteorologist Franco Nadal Villela told the Folha de S. Paulo newspaper.

The World Meteorological Organization said Tuesday on Twitter that atmospheric monitoring data shows smoke from fires across the Amazonian region has caused smoke to reach the Atlantic coast, including Sao Paulo.

Many took to Twitter on Monday to post photos and videos of the darkened skies over the city.

The incident on Monday highlighted concerns about the sharp increase in fires in the country this year. Brazil has had the highest number of forest fires since records began in 2013, with over 72,843 fires detected so far by Brazil’s space research center INPE.

INPE researcher Alberto Setzer said that the dry season wasn't the main cause for the wildfires across the Amazon.

“The dry season creates the favorable conditions for the use and spread of fire, but starting a fire is the work of humans, either deliberately or by accident,” Setzer told the news agency.

A recent satellite photos shows smoke from wildfires across the Amazon. (NOAA)

The number marks an 83 percent increase since last year and is fueling concerns over Brazilian President Jair Bolsonaro's environmental policies.

Bolsonaro has come under fire in recent weeks after data from Brazil's space research institute indicates a surge in deforestation in the Amazon in the last quarter, higher than during the same period in the previous three years. Bolsonaro's criticism of the data and the federal agency monitoring the Amazon region for deforestation led to the firing of the institute's director.

On Wednesday, he suggested non-governmental organizations could be to blame for the unusually high number of wildfires, "to draw attention against me, against the government of Brazil".

The Amazon rainforest is typically fire-resistant due to its natural moisture and humidity, according to the National Oceanic and Atmospheric Administration.

"Wildfires there today are caused by a combination of droughts and human activity; the intensity and frequency of droughts in turn, have been linked with increases in regional deforestation and anthropogenic climate change," the agency notes.