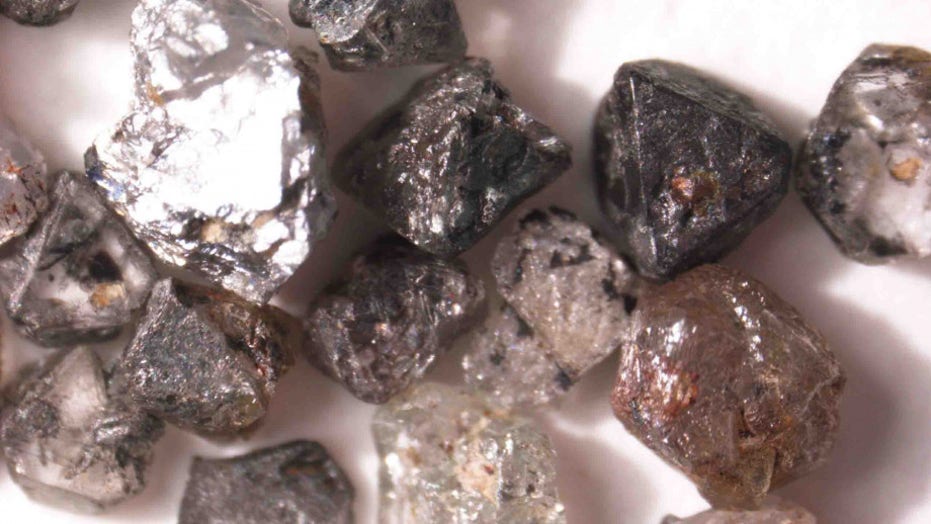 Scientists have found a trove of "super-deep" diamonds from hundreds of miles below the Earth’s surface.

The diamonds were found in the Juina area of Brazil and likely came from a depth of 255 miles to 410 miles, according to an international team of researchers.  A volcanic eruption brought the rocks to the surface, The Independent reports.

The results of the scientists’ research are published in the journal Science.

"We analyzed, for the first time, helium isotopes contained in microscopic bubbles inside the super-deep diamonds," said research leader Suzette Timmerman, of the Australian National University, in a statement.

STUNNING IMAGE OF RARE VOLCANIC LIGHTNING CAPTURED BY GERMAN PHOTOGRAPHER: 'IT WAS A SCARY MOMENT

Researchers say that the isotopes support the idea of a "primordial" reservoir of molten rock that has been around since, or very soon after, the Earth was formed.

"Diamonds form perfect capsules so they retain the exact chemistry and the isotope composition of material from the part of the Earth where they formed,” said the study co-author, Lynton Jaques, of the Australian National University. "These diamonds in particular are some of our deepest direct samples of the Earth. They allow us to see some original material from the formation of the Earth, that doesn't seem to have changed much over the past four billion years."

Timmerman will present the research findings at the Geochemical Society and the European Association of Geochemistry’s Goldschmidt conference in Barcelona on Aug. 23.

In the U.S., a vacationing schoolteacher recently garnered plenty of attention when he found a 2.12-carat brown diamond at the Crater of Diamonds State Park in Arkansas.

Correction: An earlier version of this story incorrectly stated that the diamonds are from Earth's core when they are from the "transition zone" within Earth's mantle.