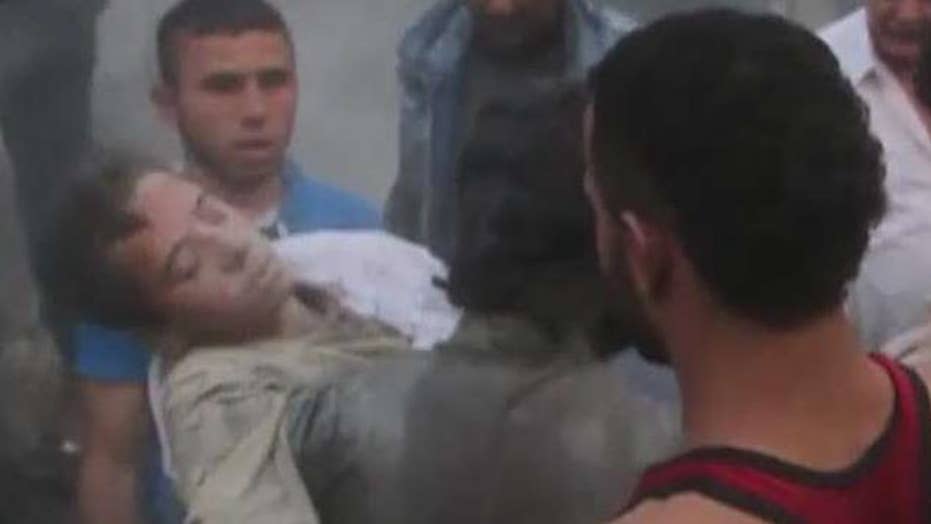 Activists say an airstrike on the biggest market in the rebel-held side of Syria's Aleppo has killed at least 15 people.

Wednesday's strike came the day after at least 41 people, including five children, were killed in a series of airstrikes across besieged, rebel-held parts of the city, which has been the epicenter of Syria's civil war for months.

Overstretched rescuers were still digging through the rubble from the strikes the day before when they were called to the scene of the market bombing, which took place in the early afternoon.

In Tuesday's strike, rescue workers said they pulled at least one boy alive from under the rubble.

The Britain-based Syrian Observatory for Human Rights said on Wednesday that the bombings the previous day killed 25 people. The Syrian Civil Defense, a team of first responders, and activist media platform Aleppo Media Center put the death toll at 41.

Ibrahim al-Haj, of the Civil Defense, says teams are continuing to search for survivors and bodies under a collapsed building in the al-Fardous neighborhood. He says the boy's mother is in critical condition.

The Syrian Civil Defense, a volunteer group of first responders, says at least 15 people, including women and children, were killed in the market bombing. The activist-run Aleppo Media Center reported a similar toll.