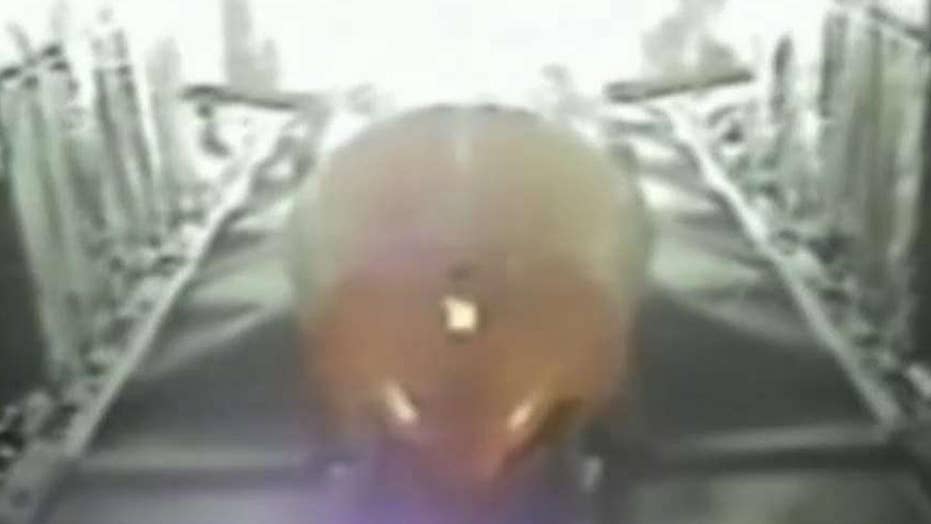 Afghanistan officials: Death toll after US bomb rises to 94

KABUL, Afghanistan – The number of militants killed in an attack by the largest non-nuclear weapon ever used in combat by the U.S. military has risen to 94, an Afghan official said Saturday.

Ataullah Khogyani, spokesman for the provincial governor in Nangarhar, said the number of Islamic State group dead was up from the 36 reported a day earlier. A Ministry of Defense official had said Friday the number of dead could rise as officials assessed the bomb site in Achin district.

"Fortunately there is no report of civilians being killed in the attack," Khogyani said.

The U.S. attack on a tunnel complex in remote eastern Nangarhar province near the Pakistan border killed at least four IS group leaders, Khogyani said. He said a clearance operation to assess the site of the attack was continuing.

The strike using the Massive Ordnance Air Blast bomb, or MOAB, was carried out Thursday against an Islamic State group tunnel complex carved into the mountains that Afghan forces had tried to assault repeatedly in recent weeks in fierce fighting in Nangarhar province.

The office of President Ashraf Ghani said Friday there was "close coordination" between the U.S. military and the Afghan government on the operation, and they were careful to prevent any civilian casualties.

The U.S. estimates 600-800 IS fighters are in Afghanistan, mostly in Nangarhar. The U.S. has concentrated on fighting them while also supporting Afghan forces against the Taliban. The U.S. has more than 8,000 US troops in Afghanistan, training local forces and conducting counterterrorism operations.

Also on Saturday, Khogyani said a district leader and three others were wounded when their vehicle was targeted by a bomb. One of the wounded was Ghalib Mujahid, Bati Kot district chief, he said.

"The district chief and others are out of danger and are not in life-threatening condition," he said.

Last November, Mujahid was attacked by a sticky bomb attached to the vehicle and he was wounded and his driver was killed.