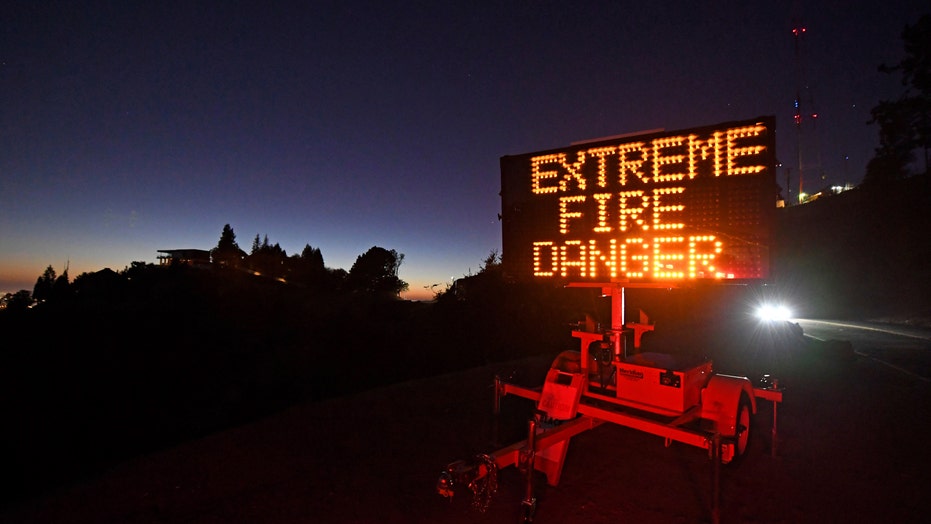 The Bond Fire was sparked by a burning house in Silverado Canyon, southeast of Los Angeles, and flames spread through nearby brush, propelled by strong Santa Ana winds.

“When crews arrived it was a fully engulfed house and the winds were extremely strong and they pushed flames into the vegetation,” said Colleen Windsor, a spokeswoman for Orange County Fire Authority.

More than 25,000 residents were forced to evacuate from their homes in Silverado Canyon, Williams Canyon and Modjeska Canyon into Thursday after the blaze grew overnight, according to the Orange County Fire Authority.

As the evening hours began to set, firefighters had yet to contain the blaze at all. Two firefighters were treated at a hospital for injuries sustained while battling the fire, OCFA said. Their conditions were unclear.

Kolbi Winters said helicopters flew overhead throughout the night and before dawn she got a warning she might need to evacuate. A few hours later, she got an order to get out, and packed up and headed to a hotel for the second time in recent months, where she'll stay with her partner, dog and cat.

“I had one month literally to enjoy myself before another fire happened,” Winters said. “If this continues happening, and we don’t take care of this, one day, I’m not going to have a home.”

The new blaze broke out as Southern California utilities cut the power to tens of thousands of customers to avoid the threat of wildfires during the notorious Santa Anas.

Red flag warnings of extreme fire danger through Saturday were in place because of low humidity, bone-dry brush and the winds, which sweep down from the interior, the National Weather Service said.

At least 10 other communities were under advisories and more than 800 firefighters were on the scene, according to CBS Los Angeles.

To the west, the Silverado Fire burned almost 13,000 acres in October. And in Riverside County, the smaller Airport Fire in the rural city of Nuevo continued to burn Thursday just west of Corona.

A firefighter passes a burning tree while battling the Bond Fire in the Silverado community of Orange County, Calif., on Thursday, Dec. 3, 2020. (AP Photo/Noah Berger)

Cal Fire reported that the blaze was around 50 acres.

In Rancho San Diego, the Willow Fire was stopped on Thursday, though at least one home was destroyed and six others were damaged.

Much of Southern California is currently under red flag warnings due to the Santa Ana winds and low humidity.

In response to the dangerous conditions, utilities cut power to tens of thousands of customers by Thursday morning to reduce the risk of new fires. 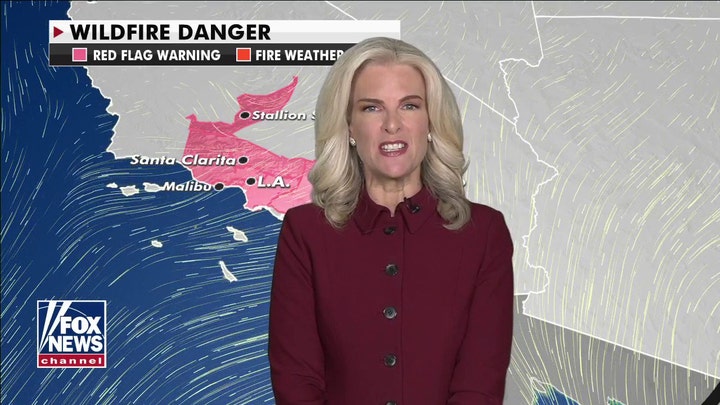 Thousands of additional power cuts are possible over the next few days, according to media reports.

This year has been the Golden State's worst ever for wildfires, with at least 31 dead and 6,000 square miles scorched.

Julia Musto is a reporter for Fox News Digital. You can find her on Twitter at @JuliaElenaMusto.
ADVERTISEMENT
ADVERTISEMENT