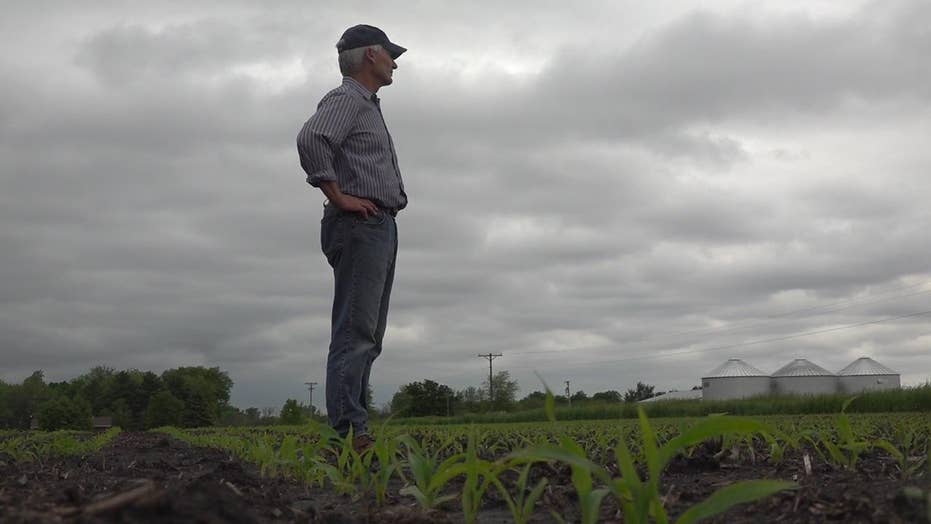 Another blow to farmers as Mississippi River flooding impacts production

ROCK ISLAND, Ill. -- The Mississippi River is one of the backbones of the U.S. economy. During the spring season, barges carrying millions of tons of the nation’s most important resources can be seen crisscrossing the river.

“The river is called the ‘Mighty Mississippi’ for good reason,” said Deb Calhoun, senior vice president for the Waterways Council, Inc. “It is the key shipping artery for agriculture, inputs to manufacturing, chemicals, energy products, construction and building materials that are used domestically and for export to the world market through the Gulf of Mexico.”

But there’s not much water traffic this spring season due to historic flooding from snowmelt and rain in America’s heartland.  Record-breaking rainfall has caused flooding along the Mississippi River and as a result, the river is basically closed for business.

“In a normal spring season, after we open the river back up for maintenance, we would be seeing a slew of barges coming through with products to get to farmers,” said Tom Heinfold, chief of operations for the U.S. Army Corps of Engineers.“But due to flooding, we’ve had to close our locks and none of those products are coming up this way.”

The Mississippi River originates from Lake Itasca in northern Minnesota and runs approximately 2,350 miles south to the Gulf of Mexico. The river is joined by hundreds of tributaries, including the Illinois, Missouri, and Ohio Rivers.

There are a total of 29 locks and dams on the Upper Mississippi River from St. Paul, Minn. to St. Louis, Mo. that are operated by the U.S. Army Corps of Engineers. They help maintain a nine-foot channel along the river to help the barges move through bodies of water that are at different heights.

HISTORIC FLOODS IN THE MIDWEST HAVE FARMERS WORRIED ABOUT THEIR FUTURE

The flooding, however, has caused too much water for the lock and dam systems to work properly, so ships are unable to get through the locks safely.

This graphic shows how a properly functioning lock and dam works. The system helps maintain a nine-foot channel along the river to help the barges move through bodies of water that are at different heights similar to an elevator.

“We have never had the river closed for this long in a single year," Heinfold said. "It’s devastating for the economy.”

About 25 million tons of product travels through this part of the Mississippi River in a typical year, according to Heinfold. The impact from flooding is preventing products like fertilizer from getting to farmers in the region.

“By this time of the year, all of the farmers across Illinois and Iowa should have their crops planted right now and have the fertilizer on the field. It’s been so wet that farmers haven’t been able to get on their fields to plant and they wouldn’t anyway unless they knew that the fertilizer was right behind. The fertilizer has to get on the fields before the grains can sprout obviously but that can’t happen right now,” Heinfold said.

Already facing financial strains due to trade disputes with China and Mexico, the weather has caused a delay for farmers like Paul Jeschke, who has a soybean and corn farm in Mozan, Ill.

“Normally, we’re hoping to have our planting wrapped up to about the first week in May,” said Jeschke.  “As of now, the very end of May, after Memorial Day now, we only have about 10 percent of our corn planted in one field and 4 percent of our soybeans planted.”

Illinois farmer Paul Jeschke looks out on his corn crop. The wet season has prevented him from planting 90 percent of his corn crop.

About 98 percent of everything that is sold on the international market from the U.S. goes through a navigation system maintained by the U.S. Army Corps of Engineers, according to Heinfold.

“Rivers are the most efficient means to transport American goods,” he said. "We can take nearly 1,000 tractor trailers off the road with every single 15-barge tow that comes through the river.”

The U.S. Army Corps of Engineers said it will take at least three weeks without any rain in the forecast before the water goes down low enough within the Rock Island, Ill. district before they can open the locks up again. So they are hoping it reopens towards the end of June -- if the rain holds off.

“When the water does go down,  there’s a lot of work to do to restore the locks to an operational status,” Heinfold said. “There’s a lot of rift that piles up on the walls, there’s logs and trees that come down in pieces on the docks. Right now, that work is at least two or three weeks off."