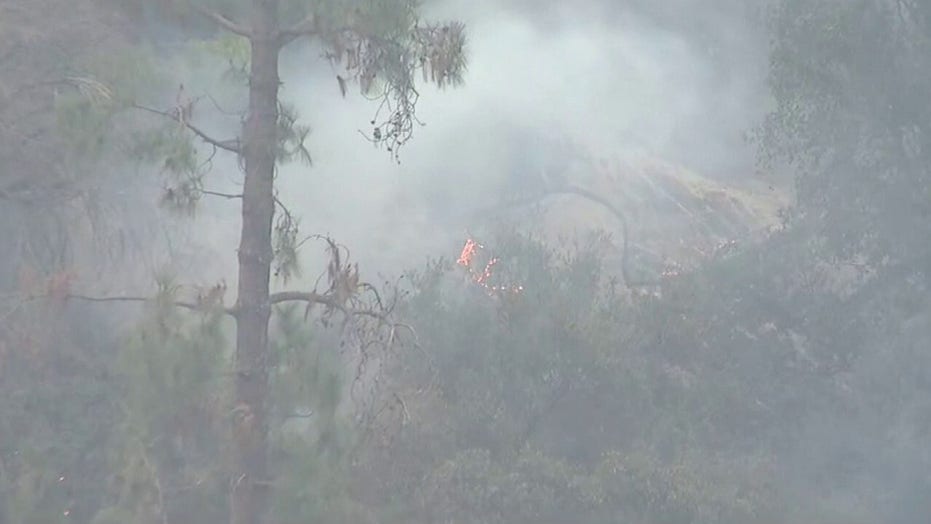 An already severe fire season for the Western United States grew worse due to lightning storms that set new fires and created one of the most destructive wildfires the West Coast has seen in modern times.

The National Weather Service warned that lightning strikes on a “parched landscape could lead to new wildfire” ahead of August storms that ignited hundreds of fires across California and at least one in Oregon.

FILE - In this Sept. 9, 2020, file photo, taken with a slow shutter speed, embers light up a hillside behind the Bidwell Bar Bridge as the Bear Fire burns in Oroville, Calif. Two unusual weather phenomena combined to create some of the most destructive wildfires the West Coast states have seen in modern times. (AP Photo/Noah Berger, File)

By early September, five megafires – defined as covering at least 100,000 acres – were burning simultaneously in Oregon for the first time ever.

About 5,300 square miles have burned this year in California — more than ever before, California officials reported. In Oregon, the figure is about 1,560 square miles, nearly double the 10-year average.

Many experts have argued that more needs to be done to thin forests and reduce debris so that flames have less fuel.

A vast high-pressure zone stretching from Alaska to the desert in the Southwest gave Denver a summer snowfall while pushing warm, dry winds toward the Pacific coast, said Greg Jones, a professor and research climatologist at Linfield University in McMinnville, Oregon.

Normally, the winds that time of year go in the opposite direction. Those gusts pushed the fires through trees and brush that had spent the summer drying, causing blazes to explode in greater size and severity.

FILE - In this Sept. 11, 2020, file photo, an American flag on top the Space Needle was lowered to half-staff today by the Seattle Fire Department to remember those who lost their lives on 9/11, Friday, Sept. 11, 2020. Thick smoke from wildfires burning across Washington, Oregon and California makes seeing the Space Needle and downtown Seattle nearly impossible in this view from Queen Anne Hill. (Mike Siegel/The Seattle Times via AP, File)

Smoke covered the West Coast states, creating some of the most hazardous air quality in the world. Seattle’s iconic Space Needle was all but hidden in brown haze.

New fires continued to ignite across the West Coast, some with such intensity that firefighters had to retreat, including those who faced an inferno in Portland’s southeast suburbs.

Residents are desperate for rain in hopes that it will choke out the fires.

More than 38,000 people are still not able to return home in California, Gov. Gavin Newsom said Wednesday. Some 4,000 people remain in shelters in Oregon, according to the American Red Cross.