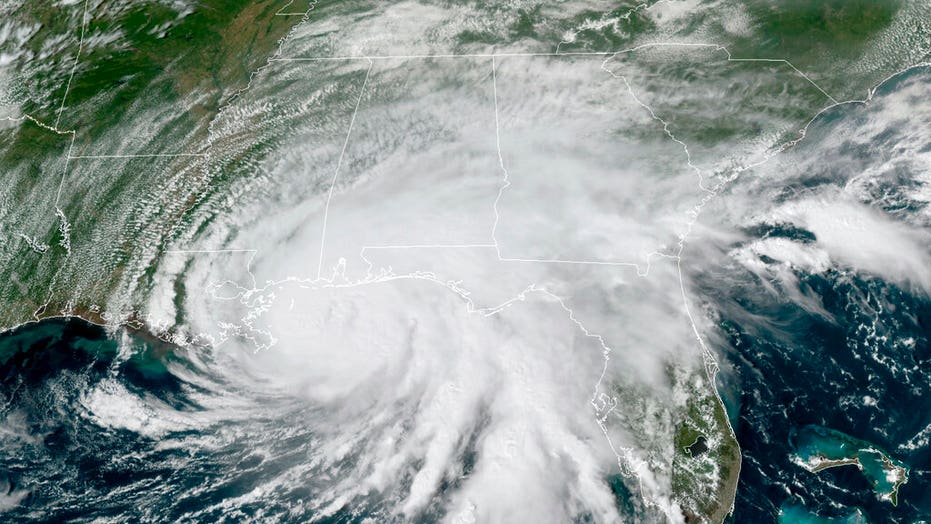 The Flora-Bama is a waterfront restaurant located on the states’ border, near where the storm made landfall early Wednesday.

A post on its Facebook page showed the extent of the flooding, debris scattered around the premises and shingles missing from a nearby structure.

“It’s unreal and it’s heartbreaking,” the post reads. “Not a lot of insight to how extensive the damage is but flooding is much worse than anticipated.”

The restaurant and neighboring yacht club, liquor store and Ole River Grill were still standing, along with the marina itself.

“Most importantly, we are all safe,” the post continued.

Other images shared to social media show floodwater surrounding the building overnight and lingering throughout the day Wednesday.

According to a Flora-Bama Instagram post, the bar and other businesses will remain closed until at least Thursday.

Sally made landfall early Wednesday morning as a Category 2 hurricane, bringing with it a powerful storm surge, heavy rains and strong winds that buffeted the shoreline and miles inland.

It has since weakened to a tropical storm, with heavy rain creeping into eastern Alabama and western Georgia. The threat of “catastrophic and life-threatening flooding” continued in the Florida Panhandle and parts of southern Alabama, according to the National Weather Service.

As of 5 p.m. ET, the storm was about 55 miles northeast of Pensacola, heading northeast at about 7 mph.

A tropical storm warning along Alabama’s coastline expired, but remained in effect from the Alabama-Florida border east to Indian Pass.

Storm surge warnings also remained in effect for areas between the Alabama-Florida border and the Walton-Bay county line in Florida.

Rainfall totals are expected to continue to climb and flooding remains a risk, according to the National Weather Service. Tornadoes could occur in northern Florida and southern Georgia.