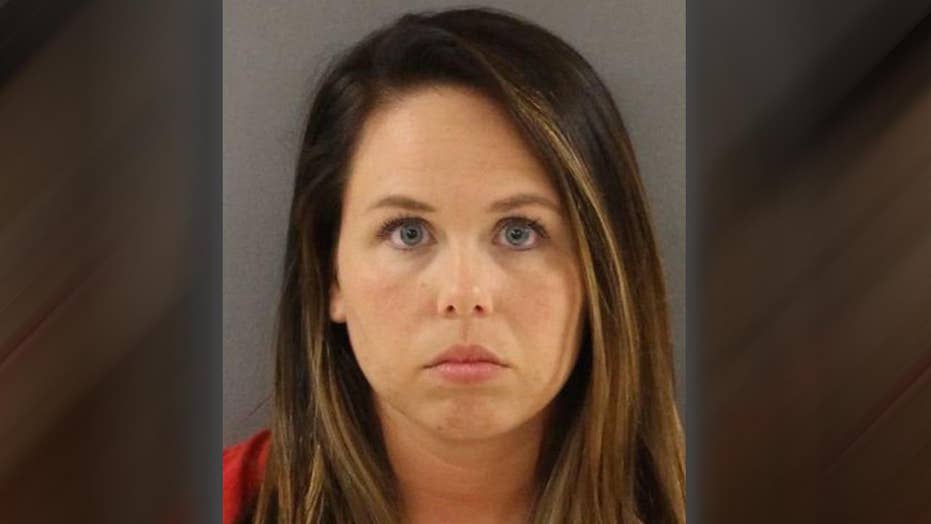 The wife of former high school assistant football coach in Tennessee on Monday pleaded guilty to having sex with a 16-year-old boy who played on her husband’s team.

Kelsey McCarter, 27, admitted guilt to all seven counts – including six charges of statutory rape – ahead of her trial.

She will now serve three years in prison but could qualify for release after serving 30 percent of the sentence.

“She made a mistake," Trant said after the hearing, according to The Knoxville News-Sentinel. "She'll move past it. She's young, and as you saw, her family is here in support of her. Her husband is strongly supportive of her."

"She's very sorry about what happened, she's sorry she put her family through this," he said.

McCarter faced charges for having sex with the 16-year-old high school student multiple times throughout 2015. the News-Sentinel reported that the acts took place at her home and while she was driving him to his mother’s house.

Justin McCarter, the woman’s husband, invited the boy and his brother to live in their house and mentor them following their behavioral problems, said the abused boy’s mother.

Prosecutors said the woman also sent topless clip of herself to the student.

The husband resigned from his position as an assistant football coach last year.