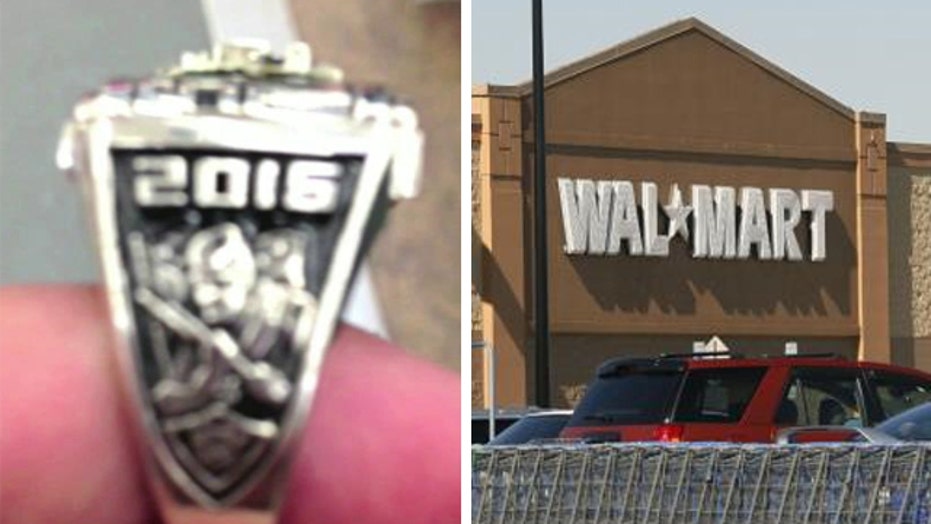 Walmart refunded the customer's money, says the ring will be melted down

An Arkansas woman who went to pick up the class ring she ordered from Walmart left disappointed, after store officials told her the retailer's new policy barred them from turning the item over -- because it bore an image of the Confederate flag.

Elaine Glidewell told KFSM someone from the store in Fort Smith called her to pick up the ring she'd ordered for her nephew, but when she arrived on Tuesday, a clerk told her she couldn’t have it. The ring had been ordered before Walmart stopped selling items bearing images of the flag, in the wake of controversy that stemmed from a racially-charged shooting in South Carolina.

“I wanted to cry,” Glidewell told KFSM, adding that the store clerk said the ring would be "melted."

Glidewell said she paid $320 for the ring and was going to present it to her nephew, who recently graduated. He had expressed interest in a design that bore a Rebel mascot that incorporates the Confederate battle flag. She got her money back, but no ring.

“They wouldn’t let me have the ring. It had a note on it, was in a plastic bag, it said do not sell. It was signed by the store manager,” Glidewell said.

Brian Nick, spokesman for Walmart, told FoxNews.com Glidewell was denied the ring because her transaction came after the retailer made a “business decision” to stop selling items with the Confederate flag on it.

“The decision was made several weeks ago not to sell products promoting the confederate flag and this item fell under that category and the associate made the right choice and did not complete the sale,” Nick said.

Nick said the ring might have slipped through the cracks because a third party manufactured it, and the store did not realize the Confederate flag was on the ring until an associate went to sell it.

“Because there was a little bit of time I think that’s probably the reason it was noticed a few weeks after,” Nick said.

Nick said the store put Glidewell in touch with a manufacturer, who can get her a new ring, but Glidewell says it was that particular piece she wanted.

“I would give anything to have that ring. Anything. Just because it means so much to him,” Glidewell said.