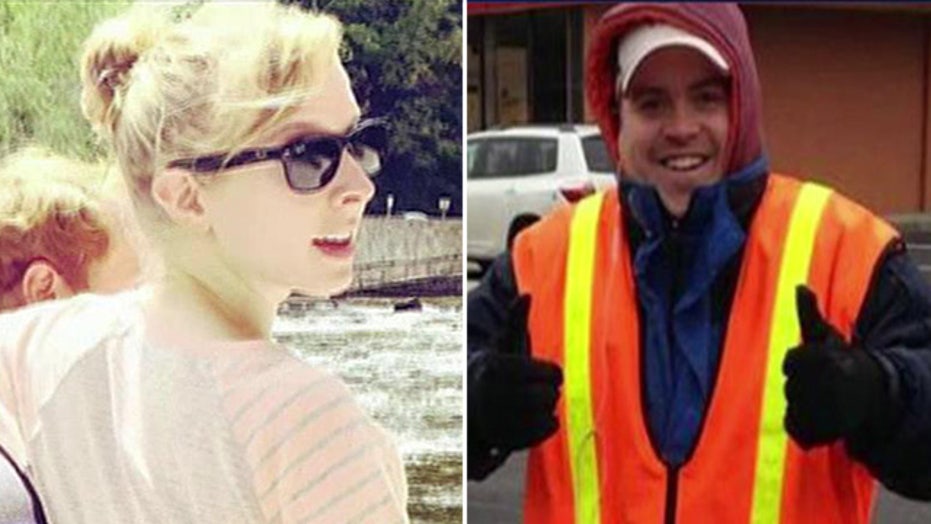 The reporter and photographer who were fatally shot Wednesday while doing a live segment were remembered by friends and colleagues as two people who found love and were excited about the future.

Alison Parker, 24, was a reporter for WDBJ7, was known for reporting on local news from 5 a.m. to 7 a.m.  She took to journalism while attending James Madison University in Harrisonburg, Va., according to her Facebook page.  As a student, she was a news editor at the school’s newspaper The Breeze.

"Our thoughts and prayers are with the families of former Breeze editor Alison Parker and Adam Ward," the paper tweeted.

"She was the most radiant woman I ever met"

Parker was in a relationship with the station’s evening co-anchor Chris Hurst. Hurst tweeted that the two had been in a nine-month relationship and had just moved in together. He said the couple had plans to get married and had just celebrated her 24th birthday.

"She was the most radiant woman I ever met," he tweeted. "And for some reason she loved me back. She loved her family, her parents and her brother."

He went on to say that he is "heartbroken" for the photographer Ward's fiancée who was identified as a producer at the station and was reportedly working her final shift and watched the shooting unfold while in the control room.

"They were both just wonderful people," a former worker at the station told FoxNews.com. "Adam was one of those people that you’d want to see if you were having a tough day. He was always there with a smile and was ready to give you a big hug."

WDBJ spokesman Mike Morgan said Ward had been with the station for four years.

"Adam was our go-to guy. He pretty much was available to do anything that we asked. He did live shots during our morning show for several years," he said.

"The shots were fired shortly after 6:45 a.m. during a live hit at Bridgewater Plaza in Moneta, Va. Parker appeared to get struck first and began to scream and run for cover. The camera fell to the ground. It is believed that Ward was operating the camera. Another person was struck and was being operated on late Wednesday morning.

"We heard screaming and then we heard nothing," Jeff Marks, the station manager, said.

People from around the country have taken to Facebook to send condolences to the victims' families.

"Rest in peace, hope they find this monster that did this to you and your cameraman," one post said.